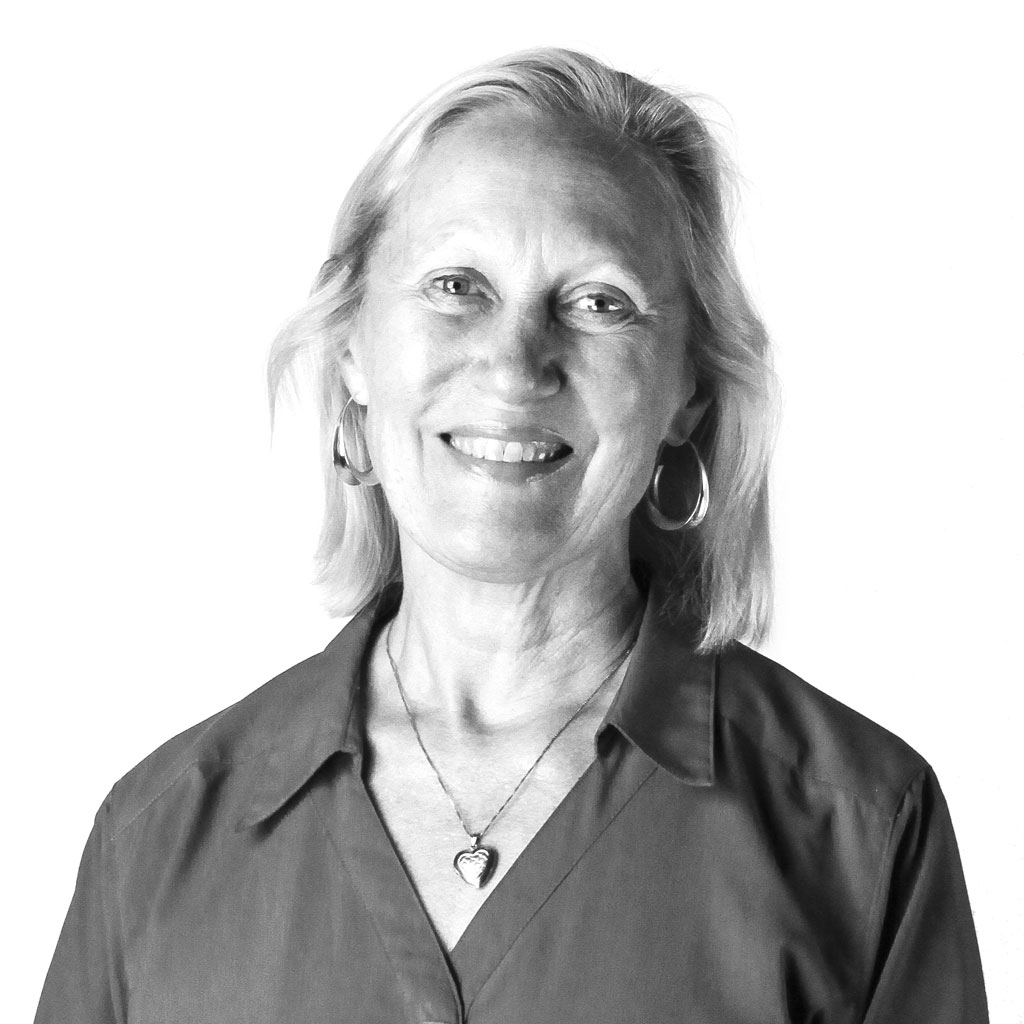 
Pam and her husband Mitch retired from their careers in the Bay Area and relocated to the tiny town of Harmony in 2015. Both Nichters are passionate gardeners and enjoy working in their home gardens as well as volunteering their time with the Master Gardeners of SLO County. Fans of live theatre, the Nichters sought a local theatre to enjoy and support, and to their delight discovered SLO REP.

A longtime board member of Berkeley Repertory Theatre and Marin Summer Theatre, Pam joined the SLO REP board in 2017. She is honored to be part of the theatre’s board as we help nurture professional theatrical productions for the entertainment and enrichment of the public, and theatre education opportunities for youth. Pam truly believes the entertainment and storytelling aspects of live theatre can provide transformative and thought-provoking opportunities for dialog and the connection of friends, family and communities. 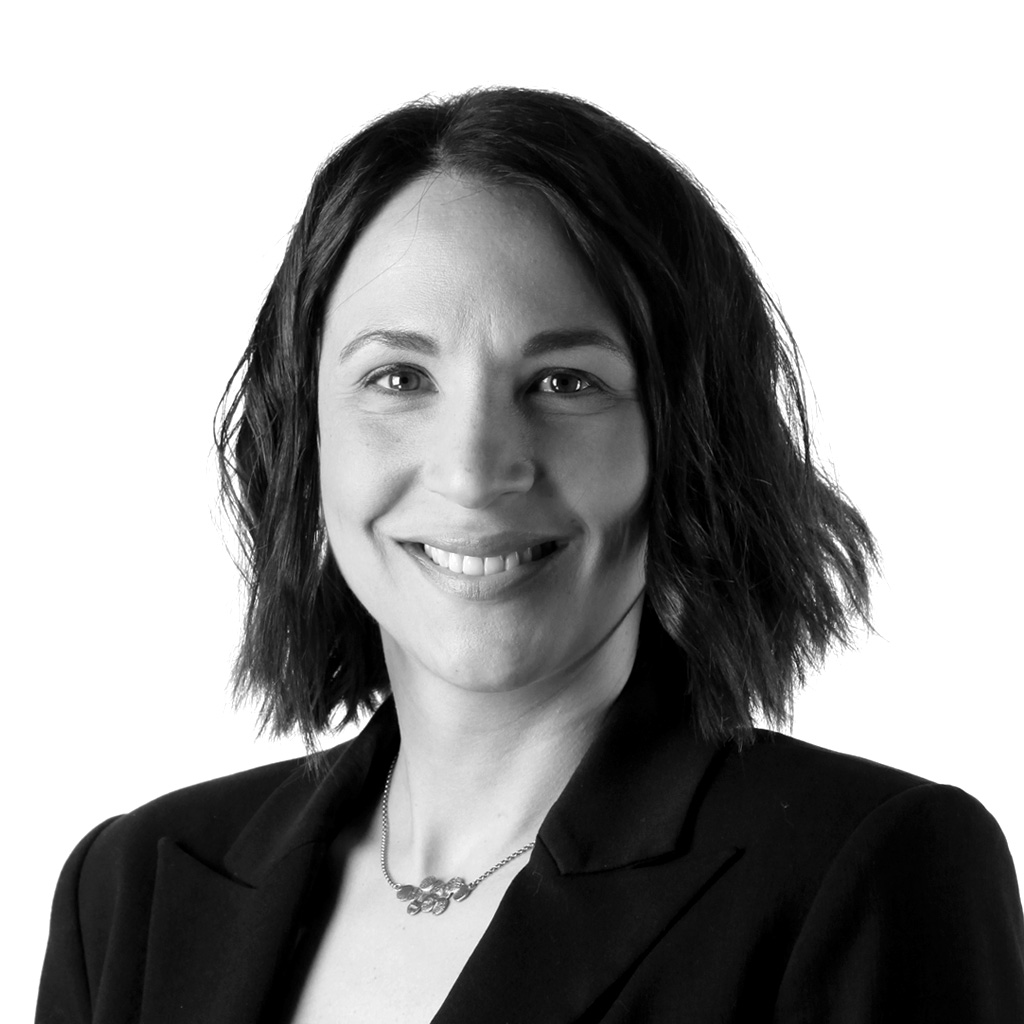 Ellie managed marketing and PR campaigns for over 100 musicals and plays in the professional theatre industry in Sacramento, including box office-breaking national tour engagements of Wicked and The Lion King, working on shows starring Broadway legends Carol Channing and Tommy Tune, and many Tony Award™-nominated actors. A Cal Poly journalism alum, she couldn’t resist when the opportunity arose to return to the SLO life, where she is a Realtor® with COMPASS. It brings her joy to utilize her experience and passion to support SLO REP’s mission. 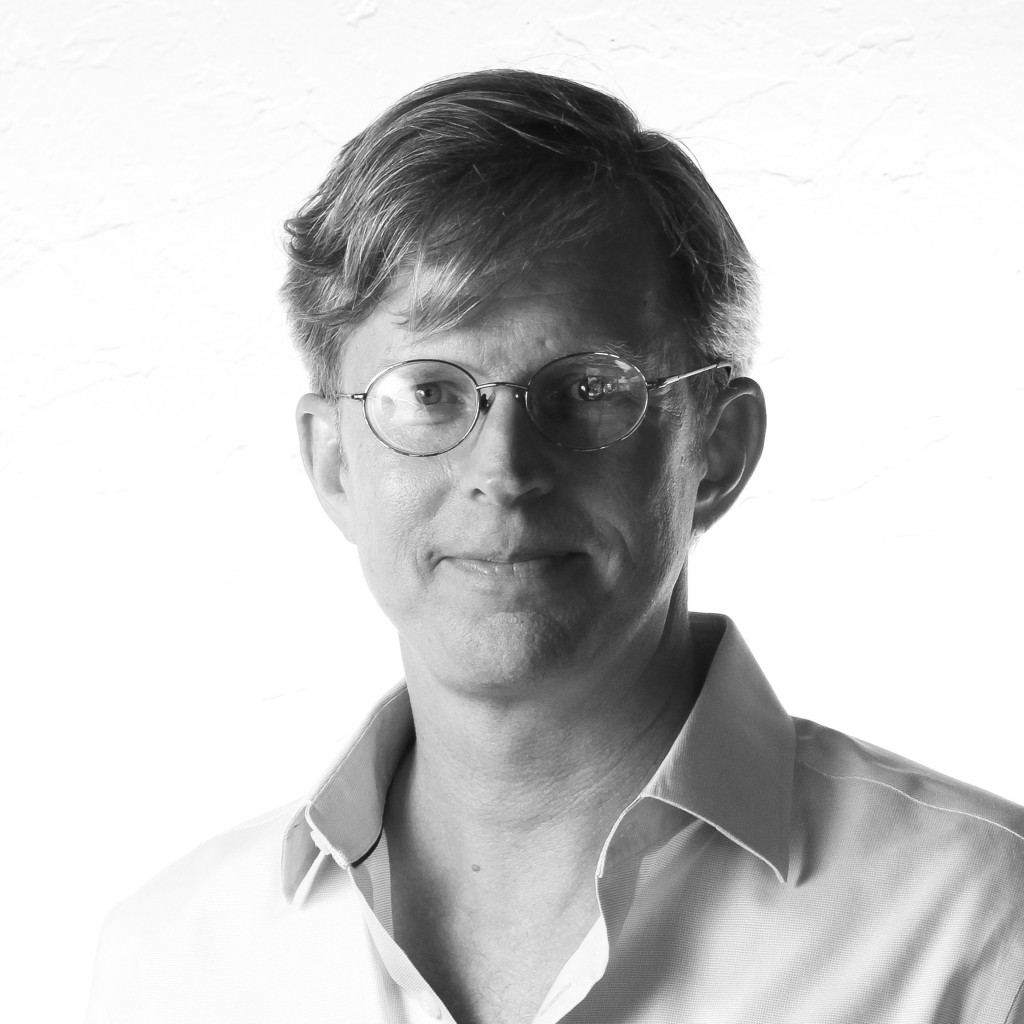 Jeff and his wife Linda own the local Jamba stores. They have lived here since 2000 and sponsored several shows with SLO REP. Prior to moving here, Jeff was a lawyer in the Bay Area and specialized in business and estate planning law. He graduated from the University of San Francisco School of Law and from the University of Michigan with a B.A. in English Literature. He has been a fan of theatre since performing in high school plays. Jeff has served on several boards of directors and is presently on the Economic Activities Committee of Downtown SLO. 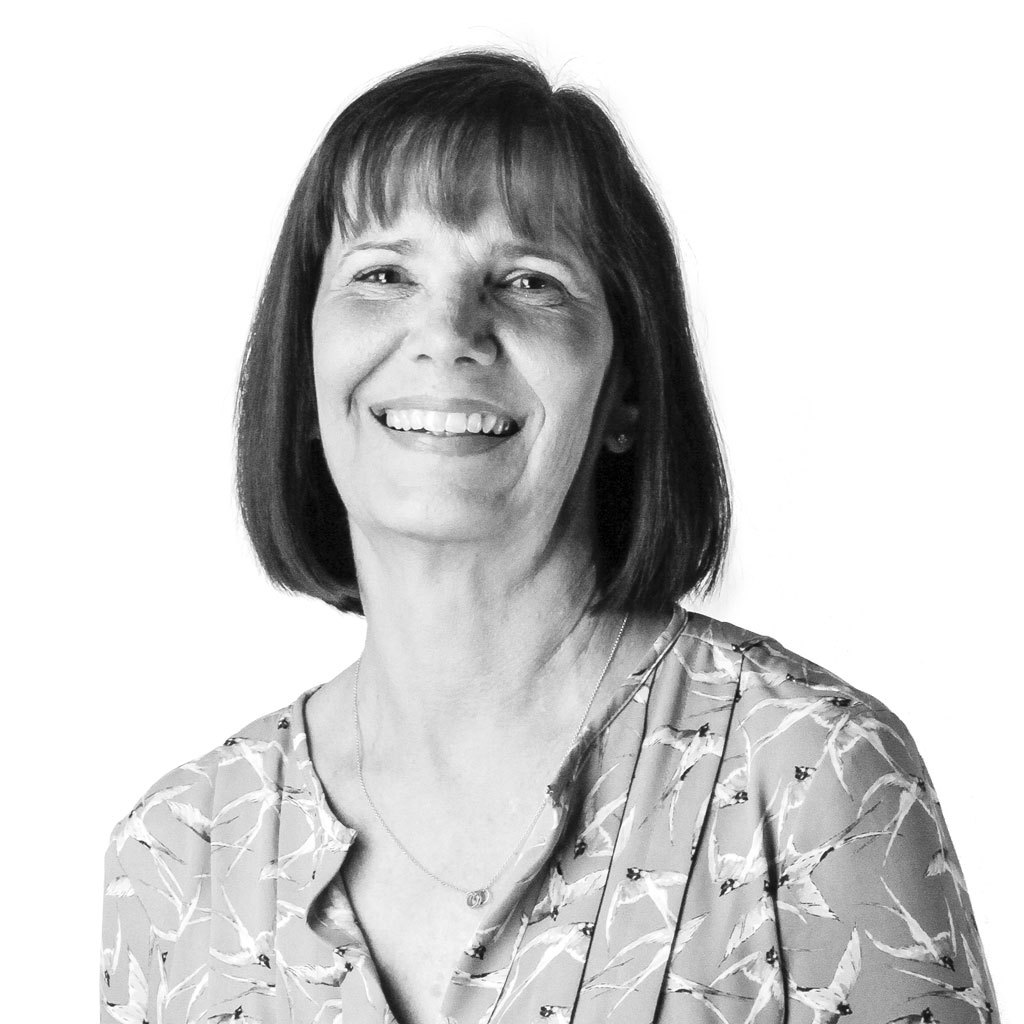 Debbie has held a lifetime love of theatre that began with her first steps into the footlights at the age of four. Theatre and music was her continued focus throughout her youth and through college where she obtained her bachelor’s degree in Theatre Arts from the University of California, Riverside.

Life took its own twists and turns which let her to San Luis Obispo nearly 30 years ago with her husband, Robert, who is a local physician. She went back to school 20 years ago and became a CPA. Debbie is currently a Senior Tax Manager at the local firm, Glenn Burdette.

Debbie has continued to stay active in her love of music as a soloist, member of a small vocal ensemble and choir member of Mission San Luis Obispo. She has previously served on the board of the San Luis Obispo Youth Symphony. Debbie is thrilled to share both her financial and theatrical experience as a board member of SLO REP. 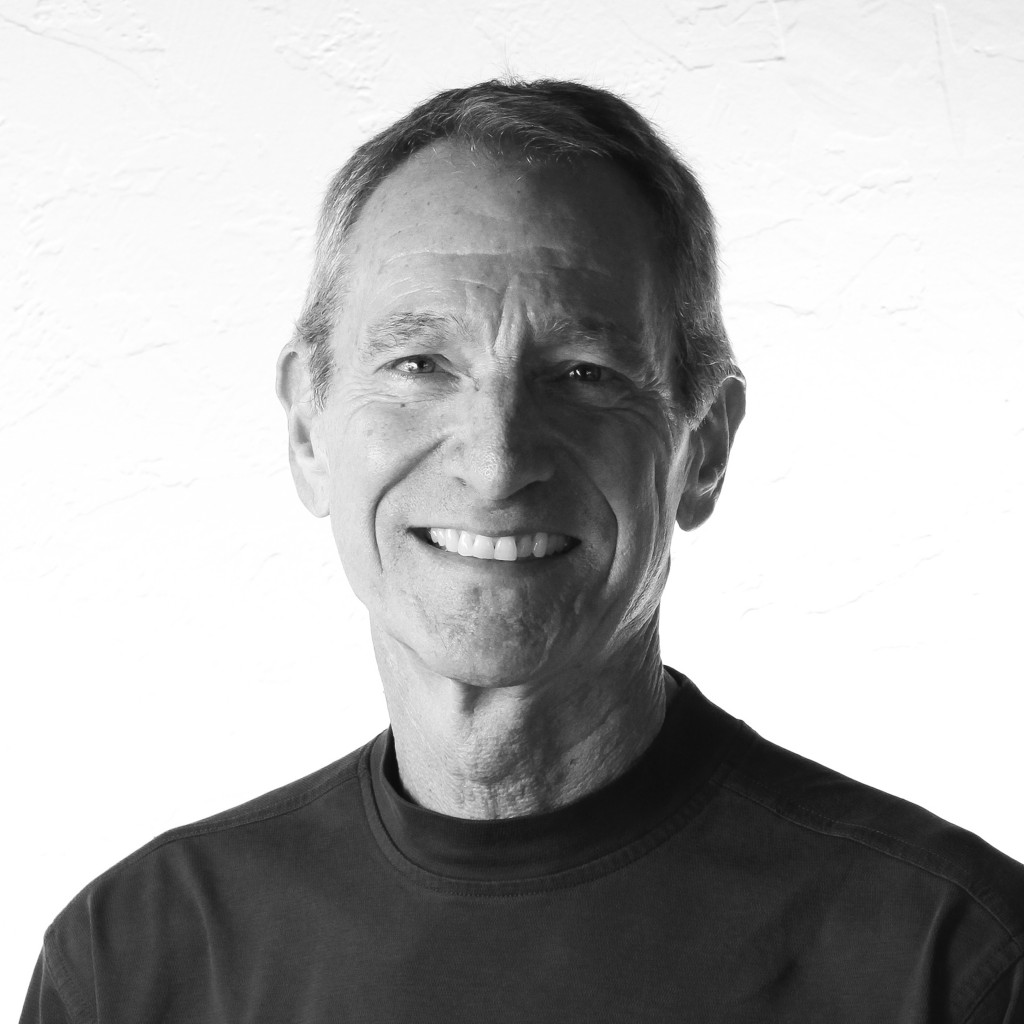 Michael is a lifelong learner and theatre buff. He was an elementary schoolteacher for 15 years in the Los Angeles area where he also taught drama and musical theatre workshops for elementary and middle school students. He pursued his theatre avocation by attending plays, taking acting workshops, and appearing in community theatre. In 1987, Michael began nine years as principal of Baywood Elementary School in Los Osos. He spent the following 12 years directing federal and state educational technology projects in Silicon Valley. In semi-retirement, he has been a Cal Poly lecturer, community college instructor, and consultant to various organizations including the Federal Communications Commission. He now focuses on supporting nonprofit organizations in meeting management and leadership challenges.

Jay is a 6th generation resident of San Luis Obispo county and was born and raised here on the Central Coast. After leaving for college and living in Seattle and San Francisco, Jay moved with his wife back to San Luis Obispo to raise their family.

Jay works for a local community bank and brings a broad and diverse background in finance and business operations to the table. He currently sits on the following boards as part of his efforts to support the community. Housing Authority of San Luis Obispo (Chairman), SLO Non Profit Housing Corporation, The Sandlot Group of San Luis Obispo (Founding Treasurer), Leadership SLO. In addition to these boards, Jay also currently serves on the Downtown Association’s Economic Development Committee and The SLO Chamber’s Business and Economic Council (Current Chairman) 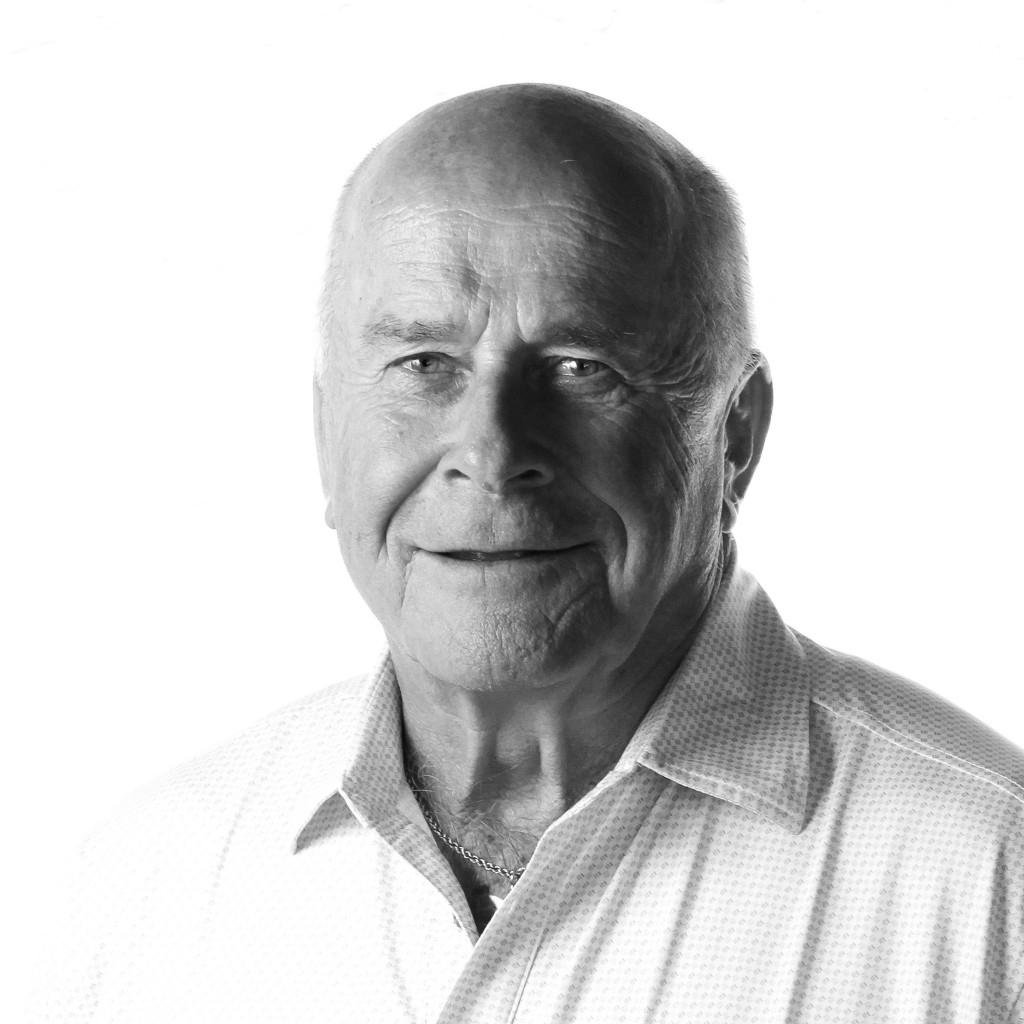 Jerry Chirpich was born in Minnesota and after attending college at Mankato State, moved to California in 1958 to start a career with Deluxe Check Printers (now Deluxe Corp.) Jerry was Plant Manager for two of the company’s largest operations for 20 years and retired after 35 years of service in 1992. He and wife Sharynn moved to San Luis Obispo in 1994 from the San Fernando Valley. Jerry has been active in San Luis Obispo Country Club serving on the board for four years—two years as president—and continues to serve on the finance committee. Jerry and his wife Sharynn are also active in the community by volunteering for Hospice Hope Chest, Womenaide, Prado Day Care, Festival Mozaic and the Performing Arts Center. They have one daughter and three grandchildren who live in Southern California.

Diane moved to SLO from the SF Bay Area in 2013 upon retirement from a career in education. Starting out as a Middle School teacher, she then spent 30+ years as a development professional (fundraising) for institutions including UCSB, Laguna Blanca School, UC Davis and Menlo School in Atherton, CA.

A forever fan of theatre, music and dance, Diane soon became a regular at SLO REP shows. Her son and family live in SLO and she takes particular pleasure in watching her grandchildren in their many performances, several of which have been at SLO REP. Diane has served on the Homeless Foundation of SLO County, as a member of the Friends of 40 Prado Board, and in various positions on the SLO Newcomers Board.

Diane is excited to be part of the SLO REP Board at a time when moving to the next level of excellence, made possible by the likelihood of a new downtown facility, is very much a reality in the near future.

Keith is a retired trust and estates lawyer and active supporter of the arts having served previously on the boards of the San Luis Obispo Little Theatre (now SLO REP), the Foundation for the Performing Arts Center, and the San Luis Obispo Mozart Festival (now Festival Mozaic). He graduated from Stanford University and earned law degrees from the University of San Francisco and New York University. Keith and his wife, Wendy have lived in San Luis Obispo County since 1973 and currently live in Morro Bay. 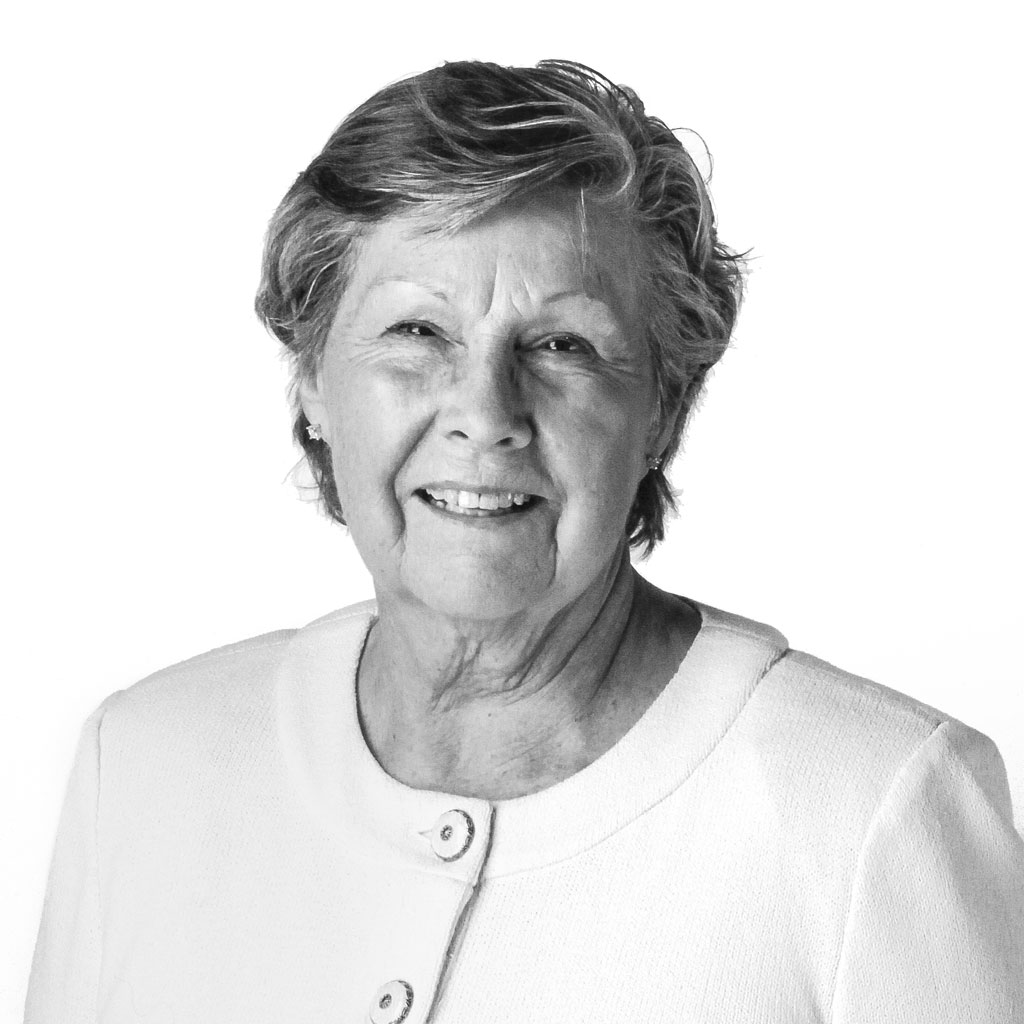 As a little girl, Dianne Long paid the neighborhood kids twenty-five cents for each backyard performance of her self-directed, original productions. She continued her love of theatre regularly performing in high school, college and community plays. Her favorite roles include that of Desdemona in Othello and Jennet in Christopher Fry’s The Lady’s Not for Burning, mostly because the costumes were so fantastic.

Dianne brings many years of board experience serving with the Foundation for the Performing Arts Center, San Luis Obispo United Way, City of San Luis Obispo Promotional Coordinating Committee, Cal Poly Christian Center, Cal Poly Children’s Center and Cal Poly Center for Practical Politics. She is now retired from the Cal Poly political science department where she launched the Master of Public Policy, the Women’s Studies program, the Ethnic Studies program and a variety of interdisciplinary research centers. She has earned a Ph.D. in political science, a master’s degree in public administration, and Bachelor of Science degree in secondary education, English and drama.

Dianne is thrilled to be part of the SLO REP board, “our Little Theatre — all grown up”. 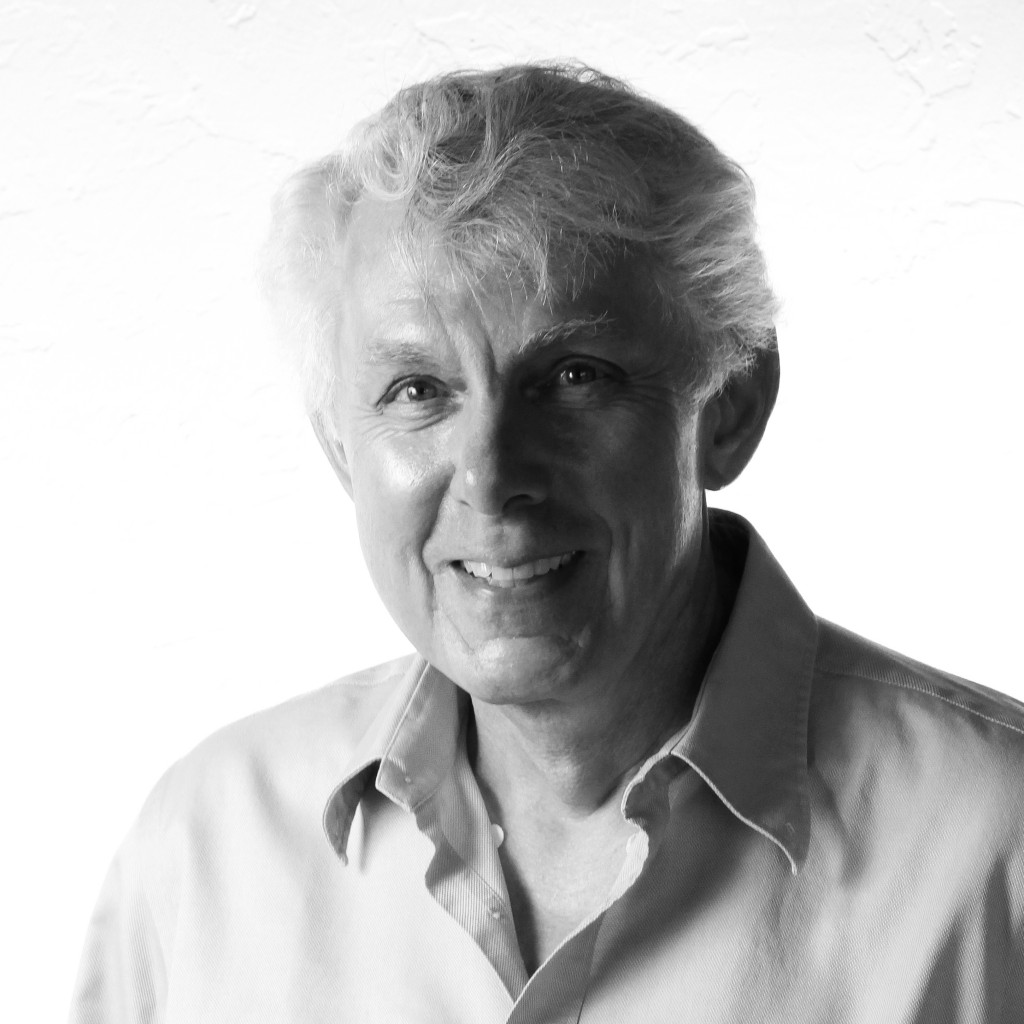 Richard Luckett has been a resident of San Luis Obispo since 1980. A retired PG&E engineer, and an ardent supporter of the arts, he has also served on the board of the Foundation for the Performing Arts Center and has been a longtime patron of the arts in San Luis Obispo. Richard and his wife Catherine (a retired Speech Pathologist in the San Luis Unified School District) are world travelers, arts supporters and theatre lovers. Richard is pleased to be a member of SLO REP’s Board of Directors. 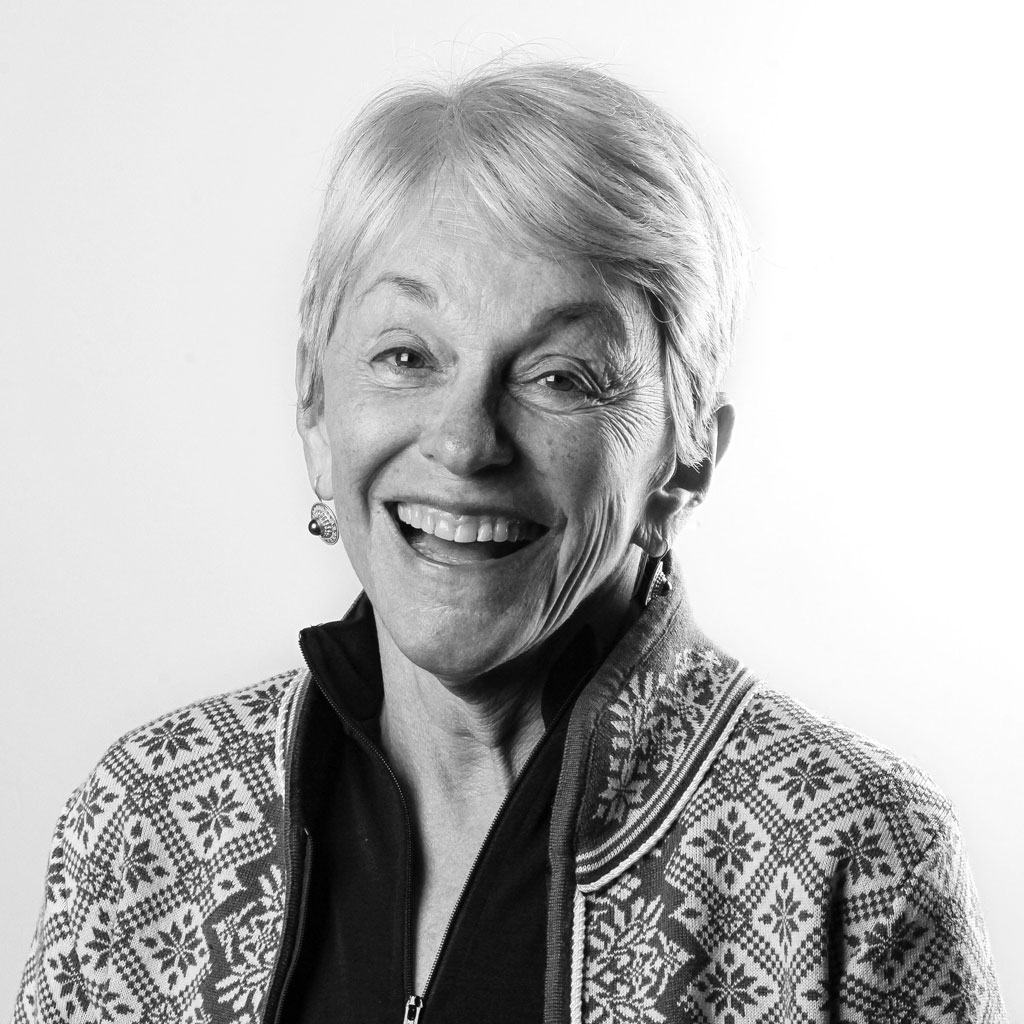 Originally from New York, Susan has gradually (and gratefully) moved West, first to Tucson, Arizona where she was the only female partner in a group of 27 diagnostic radiologists, and then to the central coast, when she and her (now late) husband retired. Since moving here, Susan has served on the boards of the SLO Health Commission, the SLO Symphony, the SLO International Film Festival, and the Hearst Cancer Resource Center.

Susan saw her first play, the original Broadway production of West Side Story, when she was thirteen years old and was instantly in thrall. She acted (poorly) in college and has had minor roles in a couple of local productions (Oklahoma! with Chameleon Productions and The Royal Family with the Little Theatre). One of her only regrets in life is that she isn’t a better actress. Had she been, she would have pursued acting instead of medicine as a career. Susan is thrilled that as a SLO REP board member, she is able to serve in some way to promote and support our wonderful local repertory theatre. 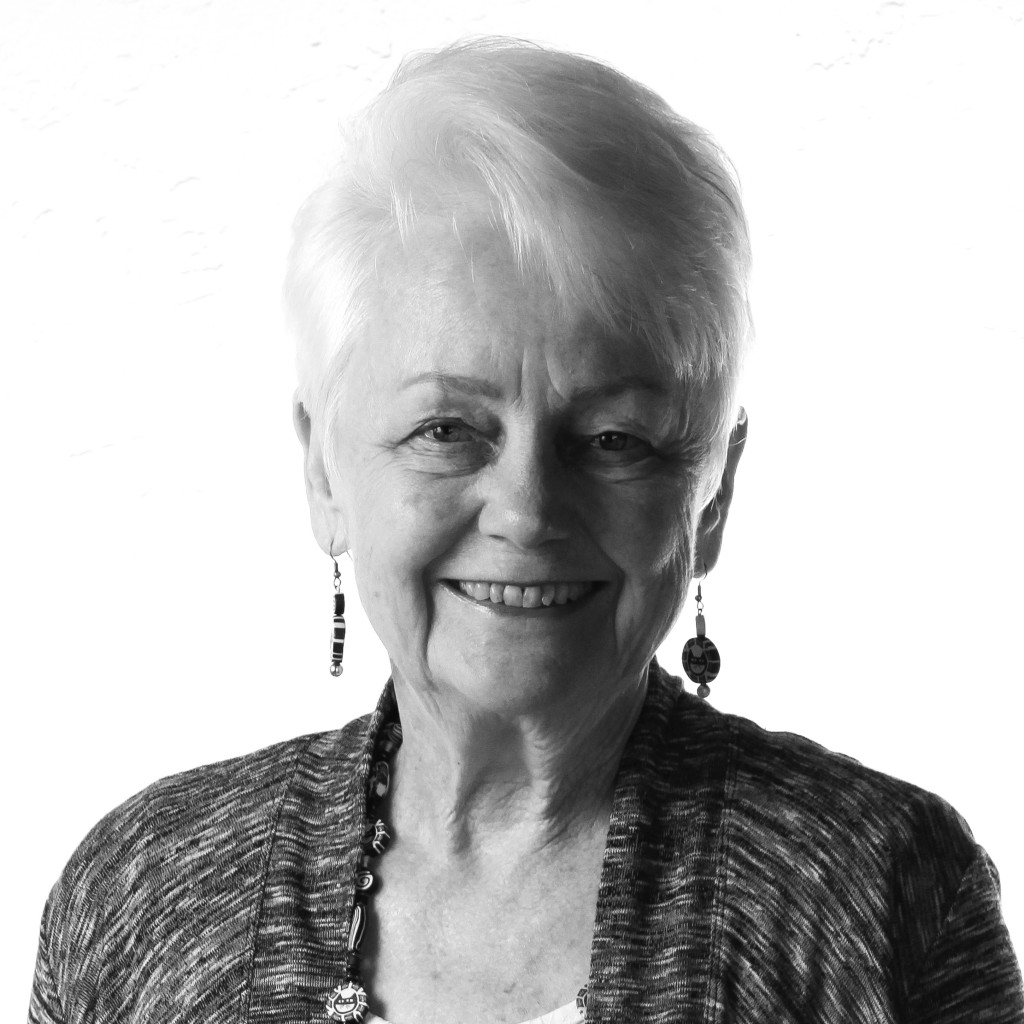 “It all started in a parking lot in SLO one June day in 1992 when a friend said they needed board members at SLO REP. ‘Send your resume over right away,’ I was told. I did and I have been an active member of the theatre group ever since serving as President of the Board three different times, actually being employed for about 18 months and generally doing whatever is necessary to make our theatre the best ever. It is a joy to see how far we have come in these 29 years and I look forward to serving this theatre for many years to come!” 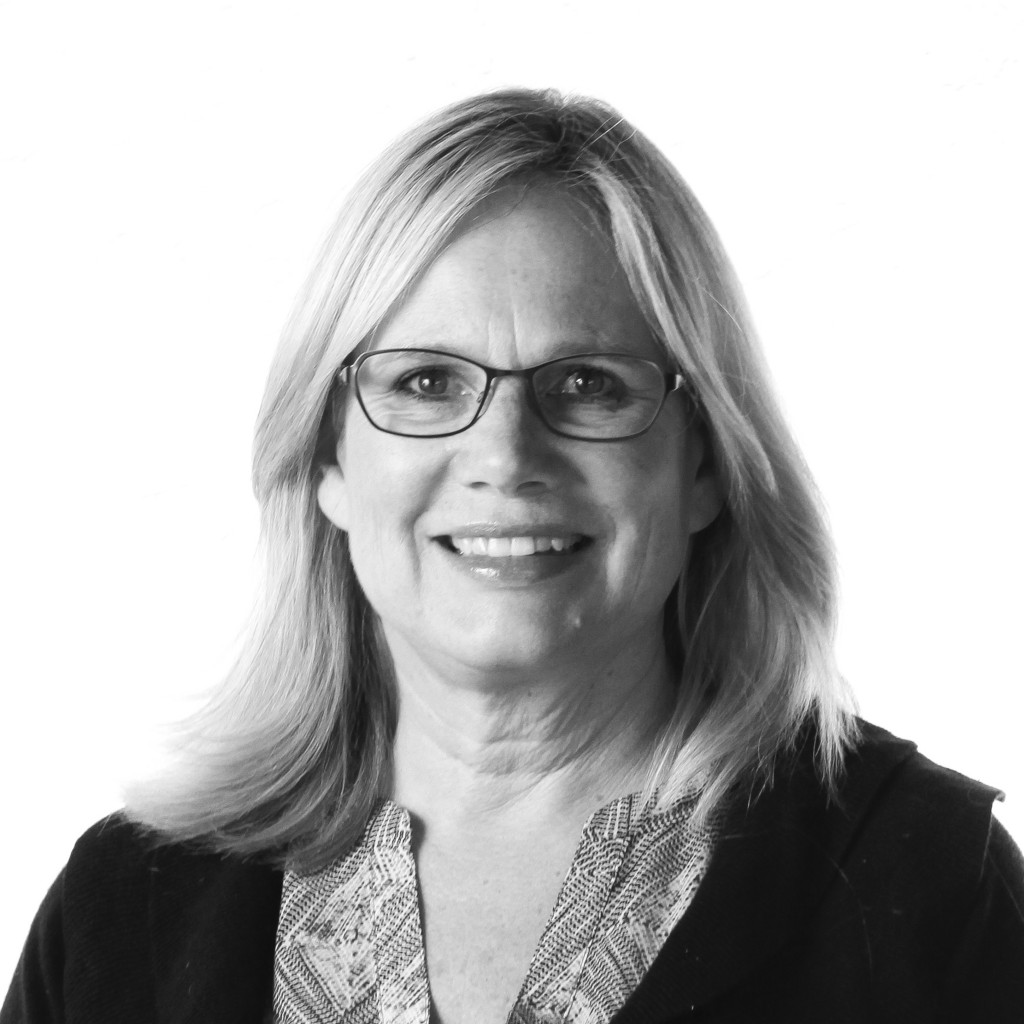 Marcia has been a SLO county resident for 30 years. Originally from Wisconsin, she came to San Luis Obispo in 1985 as a traveling nurse on a 3-month contract and never left. She has worked as a critical care nurse and nurse educator for 20 years, and is currently the Director of Nursing at Cuesta College. She became interested in theatre over two decades ago when her children enrolled in creative acting camps, allowing her to witness the magic that theatre brings to an individual and to a community. She is pleased to be a member of the SLO REP Board of Directors, and takes this opportunity to help ensure that the benefits of local theatre continue in our community for future generations. 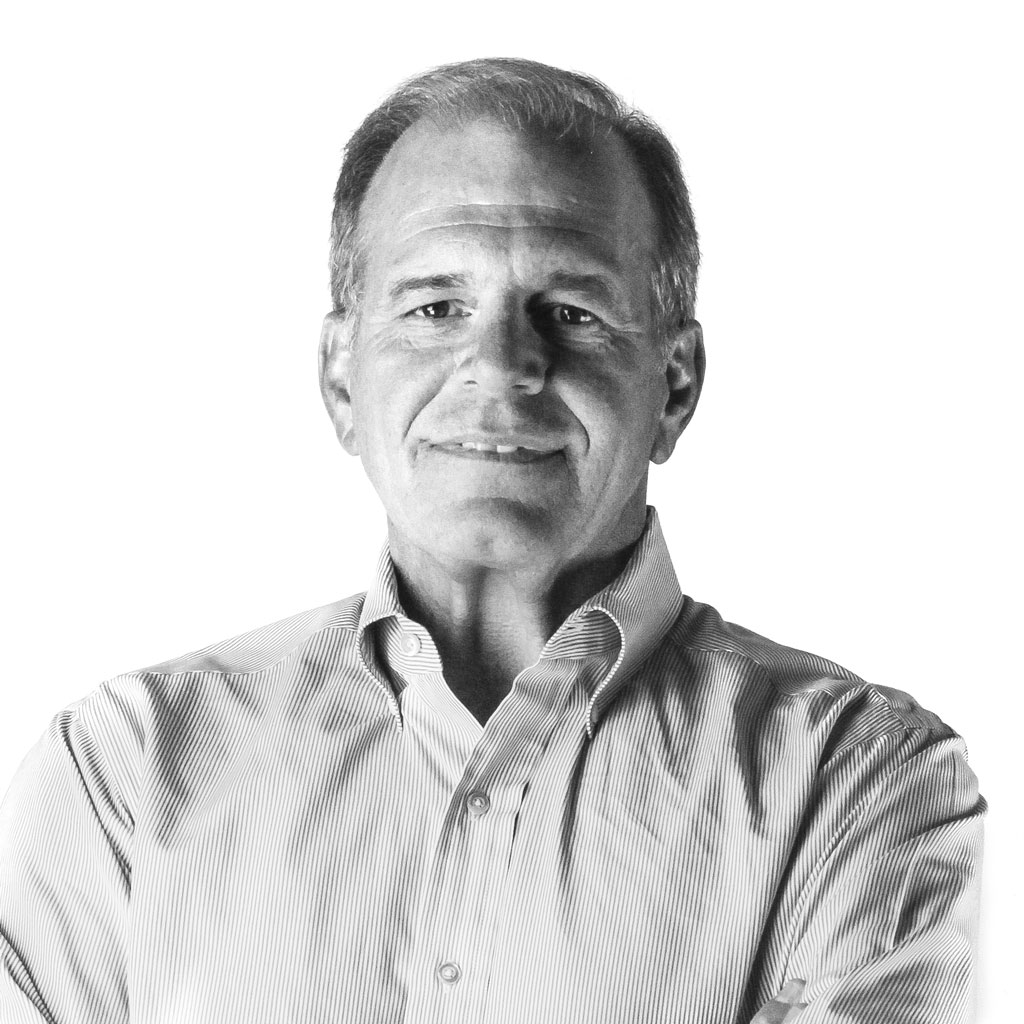 Live theatre has commanded Chip’s respect since elementary school when, as an unsuspecting understudy, he was suddenly the lead in a play mercifully forgotten. He soon realized his talents lay elsewhere. His three-plus decades in newspaper journalism included several years as arts and entertainment editor for the Detroit Free Press, and led to positions in newspaper management and on the corporate staff of Knight Ridder. He was publisher of the San Luis Obispo Tribune from 2005 to 2008. From 2009 to 2014, Chip served in various communications and marketing roles at Cal Poly including Director of Communications for the Office of the President. He also served as senior strategist for AMF Media Group.

Chip and his wife Marty Claus live in Shell Beach.