This organization was created in the summer of 1947 by a small group of people who wanted to “put on a show”. These 10-15 theatre-lovers, swept up in the last wave of the larger Little Theatre movement across the country, recognized the need for an organized drama troupe in San Luis Obispo, and, late in 1947, decided on the name San Luis Obispo Little Theatre and began rehearsal for their first production — Noel Coward’s Blithe Spirit– which opened at the San Luis Obispo High School Auditorium in early 1948.

From 1947-52, this core group of actors/directors/costumers/theatre lovers produced 21 shows in various locations around town. One show at a time, simply trying to make enough money with one production to be able to put on the next.

Our theatre took the next step forward in 1952, when this unofficial group applied for 501(c)3 nonprofit status. These theatre-lovers, responsible for every aspect of every production, immediately transformed into our first Board members.  Being a nonprofit, the Little Theatre was now able to accept donations, opening up a brand new revenue stream for the theatre. This new money allowed the board to begin thinking further than one show ahead. Soon, the theatre began producing four, five, six shows each year. The names of the Board members were the same names you would see in every program. These were theatre-lovers, volunteers producing plays for the love of the art form. From 1952 to about 1980, our theatre produced more than 150 plays in approximately 25 venues around the county (from Cambria to Arroyo Grande).

In 1981, the Board of Directors negotiated a lease for an empty band room on the Junior High School campus on Lizzie Street. Affectionately known as the Hilltop Theatre, this venue allowed the Little Theatre to produce a full season of plays and offer season subscriptions, which, in turn, created several new revenue streams for the organization.

In 1993, the Little Theatre moved into our current home, the former City library, on the corner of Palm and Morro Streets.  A crew was quickly assembled to transform this empty library into a functional performance space before our first season downtown. Risers were built, seats were installed, and—legend has it—the building was finished and legally able to welcome the public inside just a few hours before our first production opened.

Throughout the years, thousands upon thousands of volunteers have kept this organization going strong. There were ups, there were downs, but somehow, through the dedication and perseverance of these volunteers, this organization stayed afloat, presenting live theatre for our community. We could never name all those who gave of their time, nor can we ever thank them enough. For over 40 years, we hosted a gathering here at the theatre, wherein we presented the annual Volunteer Awards. Named for very special people in our history, these awards were presented by the Board of Directors to acknowledge those folks who truly went above and beyond the call of duty to make live theatre possible in San Luis Obispo. Please click HERE to view a list of all of our honorees throughout the years.

The San Luis Obispo Little Theatre had an incredible history as a nonprofit, community theatre: 70 years, over 900 plays, hundreds of board members, thousands of volunteers. Like most nonprofit performing arts organizations, this theatre had both very good and very bad years organizationally, artistically and financially. But from 2012-2017, something changed. The theatre experienced unprecedented growth, both artistically and financially. As we began to plan our 2017-2018 Season, we knew that it was time for a change.  It was way past time to reward the dedicated, professional work of our artists; to pay them for their amazing contributions. It was also time to publicly recognize internal changes that had already taken place. In order to continue the growth we had experienced for the last 5, the last 30, the last 70 years, it was time to become the only nonprofit, professional, theatre in San Luis Obispo County.

This natural evolution to a professional regional theatre more accurately reflects our  mission to our community and our current place in the local and national arts scene. SLO REP employs local actors and directors, as well as talented professionals from throughout the country. Volunteers continue to play a very  important role in this organization and, with their guidance and support, we will soon build a new home in downtown San Luis Obispo for live, local theatre.

Nothing enhances and energizes a city like having a successful, professional, nationally-recognized regional theatre in its downtown. We look forward to bringing professional live theatre to the Central Coast and to becoming an important part of the national theatre conversation for years to come.

We are so proud of our history, and thrilled about the future. Thank you to everyone who is a part of the incredible history of the San Luis Obispo Little Theatre. We hope you’ll join us on our journey as SLO REP. 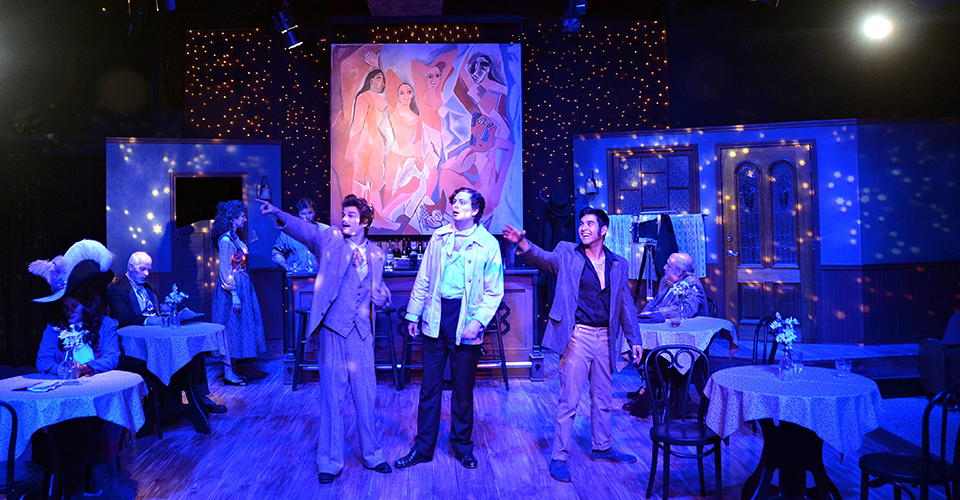