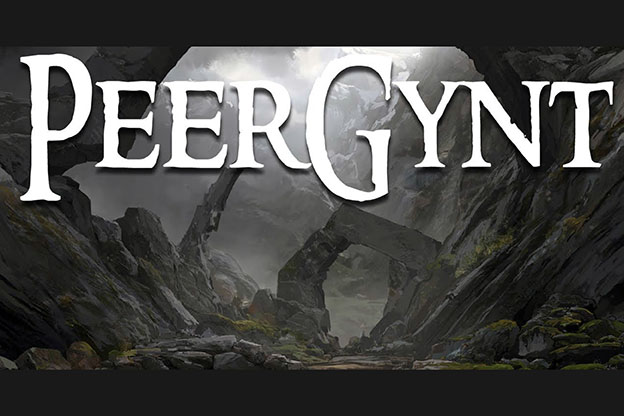 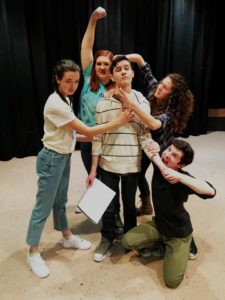 The young performers of ACT are doing it again.  This weekend, they take on one of the most challenging stories in the repertoire:  PEER GYNT. Directed by Cameron Parker (you’ve seen him recently as Carmen Ghia in The Producers, Nathan Detroit in Guys and Dolls and George Gibbs in Our Town)  the production is a staged reading, based on the Norwegian folk tale and adapted from the play by Henrik Ibsen.

For those of you new to this classic piece of literature, here’s a quick thumbnail description of the story:  Peer Gynt is a wild, imaginative young man who journeys as an outcast among the wanton and dispossessed only to realize that no man can exist isolated and bereft of humanity. Peer Gynt is Henrik Ibsen’s grand-scale pageant on the existential questions of mankind.

In the words of actor Elliot Peters, who serves as the narrator in the show:
“Come see me narrate Phin’s slow mental breakdown in this crazy fantasy adventure! (No, I’m not kidding, that’s pretty much the plot of the show. It’s great.)” 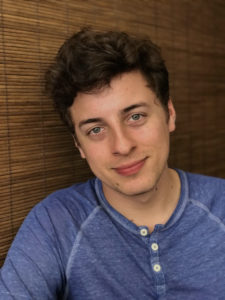 According to director Cameron Parker:

“My words can’t do justice to describe the incredible work being done by these young actors. I am so lucky to be able to collaborate with such a brilliant and creative group! This is a beautiful and absurd fairy tale full of adventure, horror, tragedy, romance and humor that helps us reflect on not only how an antihero chooses to live his life but how we all choose to live our lives.”

Celebrate the end of a rainy week and come see this crazy fantasy adventure staged reading performed by these very talented young actors. Tickets are only $10 and you can make your reservations right HERE. (Enter promo code “act” and bring a friend with our “Buy One Get One Free” discount!) 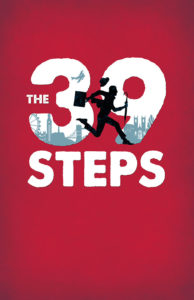 What has four brilliant comic actors, dozens of characters and is an absolutely thrilling, hilarious noir adventure?

It’s THE 39 STEPS! Inspired by Hitchcock’s iconic film and the classic spy novel by John Buchan, this Broadway hit plunges you into the world of Richard Hannay, an ordinary man forced to go on the run after aiding a mysterious woman. From the shadowy streets of 1930s London to the wild moors of Scotland and beyond, The 39 Steps traces Richard’s madcap quest to keep government secrets out of the wrong hands. 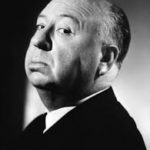 Don’t worry if you haven’t read the book. Don’t worry if you haven’t seen the film. Don’t even worry if you’re not an avid Alfred Hitchcock fan!  Patrick Barlow’s hilarious adaptation is something uniquely its own and you’re going to love it! Imagine a Hitchcock masterpiece, combined with a juicy spy novel and a dash of Monty Python humor. This fast-paced whodunit is packed with nonstop laughs, over 150 zany characters (played by a cast of 4), an on-stage plane crash, handcuffs, missing fingers and some good old-fashioned romance. It’s just the show for anyone who loves the magic of theatre! 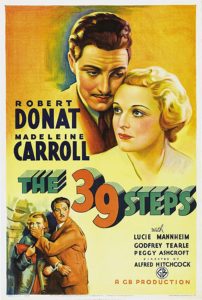 And of course, if you haven’t gotten your tickets for this fabulous comedy yet, you can do that HERE. Make your reservations early though. You know how it is around here. Before you know it, we’ll be SOLD OUT!

A belated happy new year to all of our SLO REP fans!  Sorry it’s been so long since we’ve posted to this BLOG. It’s been quite the busy winter here at 888 Morro Street! We hope to do a better job of keeping you abreast of the latest news in this space more regularly now, so “bookmark” us and we’ll see you soon. We’ve got five more fabulous shows yet to come in our 71st Season and we hope you’ll join us for ALL of them!