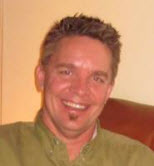 The San Luis Obispo Little Theatre held its Annual Meeting on Sunday, June 26. Thank you to everyone who attended! The Board, staff, volunteers, and members of our organization are proud to introduce our recently elected Board members for 2011-2012. These successful candidates join John Battalino, Susie Fulton, Jerry Chirpich, and Gina Kirk.

Bryce Engstrom is completing his first term on the board and currently serves as board secretary. He was born and raised in Northern California and came to the Cal Poly Architecture program straight out of high school in 1983, graduated in 1989, and just never left. He has been a San Luis Obispo county resident for 26 years. He started Azimuth Design & Construction in 1990 and then went on to become a licensed architect in 2002 and has been practicing full time as an architect since then. Bryce has been with his wife, Kate, for 16 years. For six years in the late 90’s, Bryce played in an all-original folk/rock band and performed all over San Luis Obispo County. He is a graduate of the Leadership SLO Program, Class XII. He and his wife have been avid world travelers visiting over a dozen countries on five continents. They have been enthusiastic fans of local theatre for over 15 years.

Richard Luckett is completing his first term on the board. He was born in St. Louis and moved to San Luis Obispo in 1980. He worked as an engineer for PG&E and retired in 2006. His wife, Catherine, is a retired speech and language pathologist who worked for the San Luis Coastal School District. Both Richard and Catherine have actively supported the arts on the central coast for the past thirty years and have been long time patrons of the San Luis Obispo Little Theater. Catherine serves on the board of directors for the Pacific Conservatory of the Performing Arts (PCPA) at Allan Hancock College. In their first three years of retirement Richard and Catherine have traveled around the world and visited all seven continents. A master craftsman by avocation, Richard is currently involved in extensive, do-it-himself renovations to the Luckett home-and wishing for another vacation.

Michael Simkins is completing his first term on the board. During 2009-2010 he served as board secretary and this year as president-elect. A lifelong educator and theater buff, Michael was an elementary schoolteacher for 15 years in the Los Angeles area where he also taught drama and musical theater workshops for elementary and middle school students. In 1987, Michael began nine years as principal of Baywood Elementary School in Los Osos. During that time he was active in Kiwanis and served as both a board member and president. He was also on the board of directors of the Los Osos-Baywood Park Chamber of Commerce. Currently, Michael is involved in several educational consulting projects.. If re-elected, Michael looks forward to comparing notes with his wife, Maryellen, who will be serving as president of the PCPA Foundation.

Ralph M. Slocum was born and raised in Palo Alto, California, is a Cal Poly alumnus, and has lived on the central coast for over 25 years. Since 1987, Ralph has worked in the financial services industry including Dean Witter Reynolds, Morgan Stanley and UBS, where he served as Senior Vice President of Investments. He is now Branch Manager at Slocum Wealth Management in San Luis Obispo. Ralph and his wife, Anne, have been married 24 years and have four children. For over ten years, Ralph has been active in the American Youth Soccer Organization as referee, coach, and board member. He enjoys singing and performed for two seasons with the Vocal Arts Ensemble. Ralph also enjoys snow skiing, theater, wine tasting, travel, inspirational quotations, and our beautiful central coast.

Annette Rietkerk, originally from Upland, California, came to San Luis
Obispo to attend Cal Poly where she earned her Bachelor of Science degree in Business Administration with a concentration in accounting and a minor in economics. While at Cal Poly, she received the Orfalea College of Business Academic Excellence Award. Currently, she is Senior with Caliber Accounting & Tax, LLP in Pismo Beach. She enjoys dancing as well as hiking and biking. A very big day is approaching for Annette! She and her fiancé, Jared Kolar, will be getting married in September 2011. Annette is excited for the opportunity to participate on the board.

Wilda Rosene began her association with SLOLT back in the late 1970’s while living in Avila; however, it was not until 1992 that her involvement took a different turn. For the past 19 years she has been a board member on and off and president of the board three times. When not on the board she kept up her involvement through committee and volunteering opportunities. She is pleased to see the progress of SLO Little Theatre over the years in becoming an artistically and fiscally sound business. Wilda is also very involved with The Rotary Club of San Luis Obispo, heading up their popular Homes of Distinction Tours. Wilda works several jobs-one being sewing alterations-and in her spare time enjoys reading, gardening and cooking.