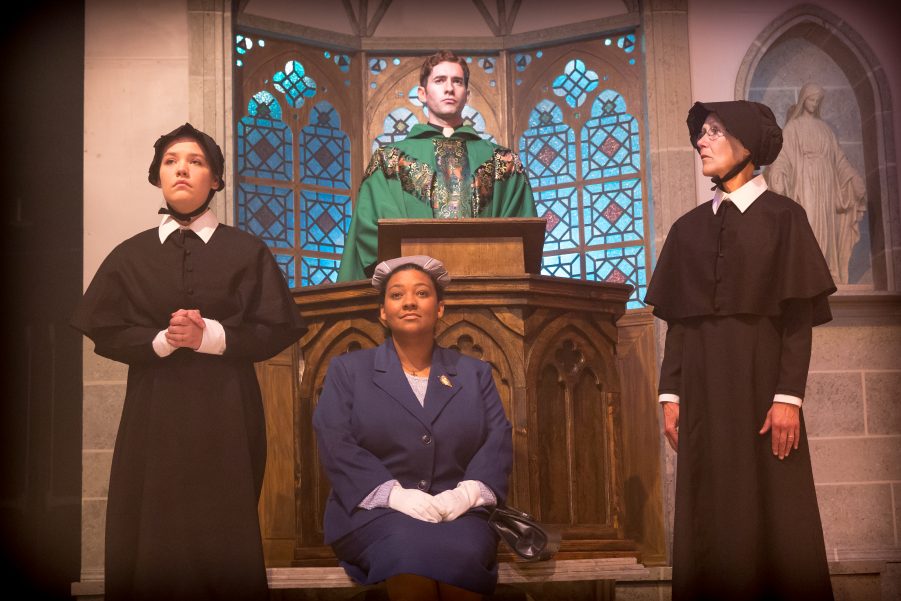 “Doubt requires more courage than conviction does, and more energy; because conviction is a resting place and doubt is infinite …”

Playwright John Patrick Shanley has written a powerful prelude to his Pulitzer Prize winning play DOUBT, A PARABLE. You may read the full text below. It is also printed in our playbill.

A Preface to Doubt, A Parable

There’s a symptom apparent in America right now. It’s evident in political talk shows, in entertainment coverage, in artistic criticism of every kind, in religious discussion. We are living in a courtroom culture. We were living in a celebrity culture, but that’s dead. Now we’re only interested in celebrities if they’re in court. We are living in a culture of extreme advocacy, of confrontation, of judgment, and of verdict. Discussion has given way to debate. Communication has become a contest of wills. Public talking has become obnoxious and insincere. Why? Maybe it’s because deep down under the chatter we have come to a place where we know that we don’t know … anything. But nobody’s willing to say that.

Let me ask you. Have you ever held a position in an argument past the point of comfort? Have you ever defended a way of life you were on the verge of exhausting? Have you ever given service to a creed you no longer utterly believed? Have you ever told a girl you loved her and felt the faint nausea of eroding conviction? I have. That’s an interesting moment. For a playwright, it’s the beginning of an idea. I saw a piece of real estate on which I might build a play, a play that sat on something silent in my life and in my time. I started with a title: Doubt.

What is Doubt? Each of us is like a planet. There’s the crust, which seems eternal. We are confident about who we are. If you ask, we can readily describe our current state. I know my answers to so many questions, as do you. What was your father like? Do you believe in God? Who’s your best friend? What do you want? Your answers are your current topography, seemingly permanent, but deceptively so. Because under that face of easy response, there is another You. And this wordless Being moves just as the instant moves; it presses upward without explanation, fluid and wordless, until the resisting consciousness has no choice but to give way.

It is Doubt (so often experienced initially as weakness) that changes things. When a man feels unsteady, when he falters, when hard-won knowledge evaporates before his eyes, he’s on the verge of growth. The subtle or violent reconciliation of the outer person and the inner core often seems at first like a mistake, like you’ve gone the wrong way and you’re lost. But this is just emo­tion longing for the familiar. Life happens when the tectonic power of your speechless soul breaks through the dead habits of the mind. Doubt is nothing less than an opportunity to reenter the Present.

The play. I’ve set my story in 1964, when not just me but the whole world seemed to be going through some kind of vast puberty. The old ways were still dominant in behavior, dress, morality, world view, but what had been organic expression had become a dead mask. I was in a Catholic church school in the Bronx, run by the Sisters of Charity. These women dressed in black, believed in Hell, obeyed their male counterparts, and educated us. The faith, which held us together, went beyond the precincts of religion. It was a shared dream we agreed to call Reality. We didn’t know it, but we had a deal, a social contract. We would all believe the same thing. We would all believe.

Looking back, it seems to me, in those schools at that time, we were an ageless unity. We were all adults, and we were all children. We had, like many animals, flocked together for warmth and safety. As a result, we were terribly vulnerable to anyone who chose to hunt us. When trust is the order of the day, predators are free to plunder. And plunder they did. As the ever widening Church scandals reveal, the hunters had a field day. And the shepherds, so invested in the surface, sacrificed actual good for perceived virtue.

I have never forgotten the lessons of that era, nor learned them well enough. I still long for a shared certainty, an assumption of safety, the reassurance of believing that others know better than me what’s for the best. But I have been led by the bitter necessities of an interesting life to value that age-old practice of the wise: Doubt.

There is an uneasy time when belief has begun to slip but hypocrisy has yet to take hold, when the consciousness is disturbed but not yet altered. It is the most dangerous, important, and ongoing experience of life. The beginning of change is the moment of Doubt. It is that crucial moment when I renew my humanity or become a lie.

Doubt requires more courage than conviction does, and more energy; because conviction is a resting place and doubt is infinite — it is a passionate exercise. You may come out of my play uncertain. You may want to be sure. Look down on that feeling. We’ve got to learn to live with a full measure of uncertainty. There is no last word. That’s the silence under the chatter of our time.

We hope you’ll join us for this powerful play.

You can get your tickets HERE.