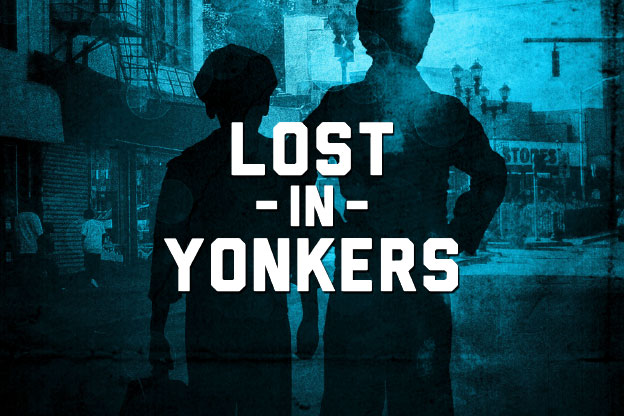 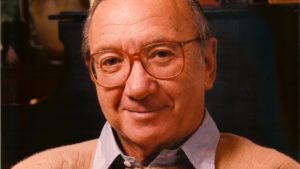 It’s another rare, but wonderful, “dark” weekend. No shows!  We’re using that time to put the finishing touches on Neil Simon‘s LOST IN YONKERS, opening next Friday. The play is widely considered to be one of Simon’s best works — and that’s saying something. The popular and prolific playwright has written more than 30 plays and nearly the same number of movie screenplays. He has received more combined Oscar and Tony nominations than any other writer and is the only living playwright to have a New York theatre named in his honor. 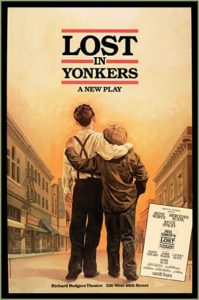 As for LOST IN YONKERS, it is widely regarded as the finest work by America’s most successful comic playwright. Winner of the 1991 Tony Award for Best Play and the Pulitzer Prize for Drama, Yonkers was written after Simon’s trilogy of semi-autobiographical plays — Brighton Beach Memoirs, Biloxi Blues and Broadway Bound and surpassed them all in heartfelt hilarity.

According to Kevin Harris: “This play holds a dear place in my heart. Back in 1991, I was a sophomore in high school, and my only experience with Neil Simon’s work was through his early “set-up, punch-line” near-farces which were staples of community theatre stages across the country. Suddenly, with Yonkers Simon created his first masterpiece; a hilarious, poignant family drama about survival.” 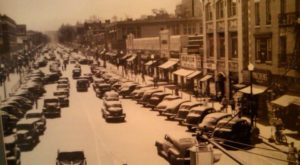 Set in 1942 Yonkers, New York, the play follows the trials and comic tribulations of two young brothers who are sent to stay with their formidable grandmother for the longest ten months of their lives. Filled with laughter, tears, and insight, the play explores themes of family, independence, courage, and the complex relationship people have with those they love.

Directed by the inimitable Suzy Newman, the cast of LOST IN YONKERS includes Mike Fiore as Uncle Louie, Gregg Wolff as Eddie, Kerry DiMaggio as Bella, Jacqueline Hildebrand as Gert, Patty Thayer as Grandma Kurnitz and two talented young actors who brilliantly take on the lead roles of Arty and Jay Kurnitz.

Phineas and Elliot Peters have appeared in quite a few SLO REP shows over the past couple of years, including 2015’s A CHRISTMAS STORY and last season’s OUR TOWN and OLIVER!, but in this show they get to play two brothers and that’s quite a treat to watch. The Peters brothers and their parents came to the Central Coast a few years ago from Rhode Island. These young men have grown up performing and have numerous credits at Trinity Repertory Company in Providence and the Gamm Theatre in Pawtucket. They are also avid film buffs and budding filmmakers with their own very popular YouTube channel – 8,000+ followers! We’re thrilled that they’ve made SLO REP their Central Coast theatre home and we can’t wait for opening night!

LOST IN YONKERS runs May 4-20, with  performances Wednesdays through Sundays at 7 pm and Saturdays and Sundays at 2 pm. Be sure to get your tickets early to ensure the best seats for this lovely show. 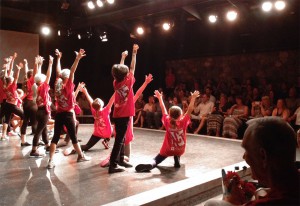 And speaking of young actors…

If you have a budding young thespian in your house who needs an outlet to explore their talents in a fun and creative way, we’ve got just the summer camp for you! ACT Summer Camps, designed for ages 5-18, are open for registration now! There are four separate sessions featuring eight different camps beginning June 18th. Visit our website for all the details and sign up today before all spaces are filled! 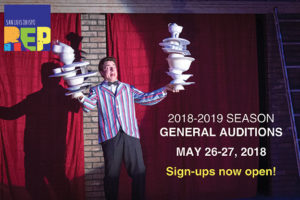 Dust off your acting chops…

And mark your calendars now for General Auditions on Saturday, May 26th and sign up today for your audition appointment! Auditions are open to ALL actors and will be used to cast both Mainstage and Ubu’s Other Shoe shows in the 2018-2019 Season. Visit the link below for all the details on what to prepare, what roles are available and more. Then schedule your audition today!

Thanks for reading along with us today.  As we said, we’re dark this weekend, but there’s lots more great theatre happening this weekend on the Central Coast! Be sure to check out BUS STOP at CCAT in Cambria, LESS MISERABLE at the Great American Melodrama and The Hunchback of Notre Dame at PCPA – just to name a few! We’ll see you next weekend at LOST IN YONKERS!