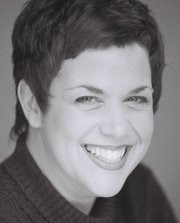 San Luis Obispo Little Theatre is thrilled to announce that the organization has hired Wendy-Marie Foerster as its new Development Director. Ms. Foerster will be responsible for Donor Cultivation, Development, and Membership Acquisition.Wendy-Marie Foerster is a native of the Central Coast and has been involved in the local community theatre scene since 1983. After graduating from PCPA’s Actor Training program, Wendy-Marie completed her B.F.A. in Acting at Marymount Manhattan College in New York and has been performing, writing and directing theater in the U.S. and Europe ever since. After returning to the Central Coast 4 years ago, Wendy-Marie enjoyed a year as Executive Director of the SLO Little Theatre and then moved into the position of Membership Director at the Clark Center for the Performing Arts. Wendy-Marie joins Kevin Harris (Managing Artistic Director), Jessi Brown-Carlin (Volunteer Coordinator/House Manager), David Linfield (Technical Director), Yvonne Ogren (Box Office Manager), and Kerry DiMaggio (Academy of Creative Theatre Coordinator.) The Board and staff welcomes Wendy-Marie to the Little Theatre team, and look forward to a wonderful collaboration in our upcoming season! San Luis Obispo Little Theatre presented its first play, Blithe Spirit, in 1947, and is one of the oldest continuously-running community theatres in the nation. For the last 15 years, through the generosity of the City of SLO, San Luis Obispo Little Theatre has called the old library building on the corner of Palm and Morro its home.