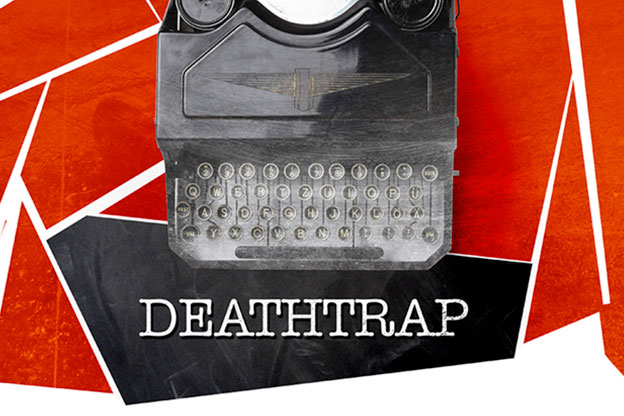 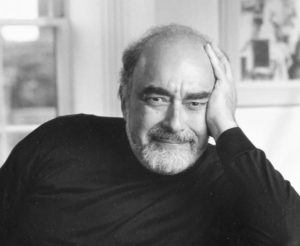 Opening just in time for a thrilling post-Halloween weekend,we are proud and thrilled to present DEATHTRAP by Ira Levin. Spun as a play-within-a-play, Ira Levin‘s masterful comedy-thriller will surprise even the sharpest connoisseurs of murder mysteries, offering a rare and skillful blending of two priceless theatrical ingredients: gasp-inducing thrills and spontaneous laughter. The show opens Friday, November 1st and runs through November 17th. That’s three solid weeks of scary, funny, awesome theatre. What a perfect way to kick off the November pre-holiday madness!

“Two-thirds a thriller and one-third a devilishly clever comedy… Suspend your disbelief and be delighted. Scream a little, it’s good for you.” – Cue Magazine 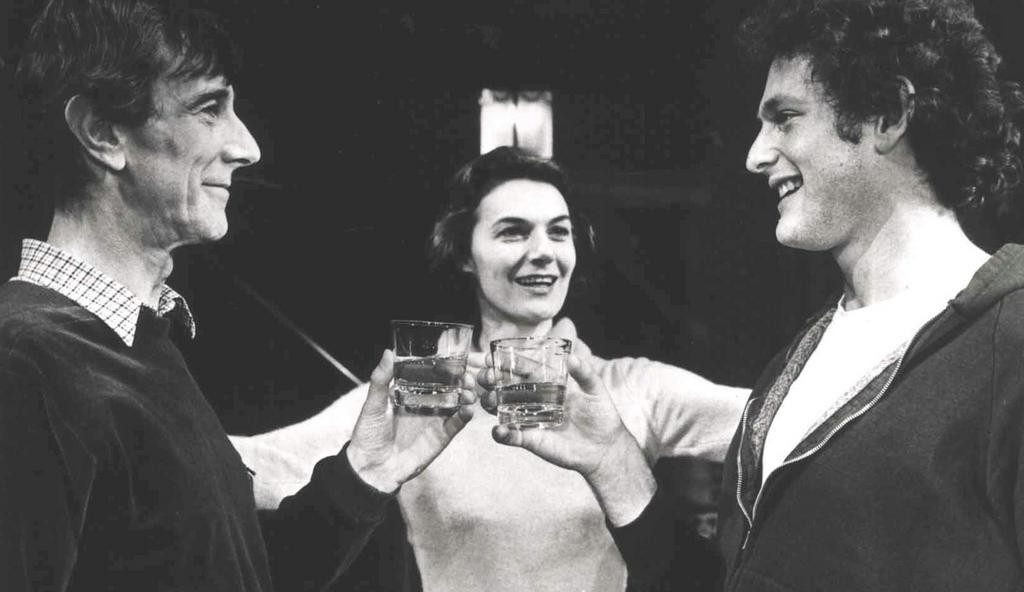 Deathtrap holds the record for the longest-running comedy-thriller on Broadway, and was nominated for four Tony Awards, including Best Play. The show enjoyed a four year run on Broadway and the original cast included John Wood as Sidney, Marian Seldes as Myra and Victor Garber as Clifford. Seldes appeared in every one of the play’s 1,793 performances, a feat that earned her a mention in the Guinness Book of World Records as “most durable actress.” The play is much-revived to this day, and was made into a film in 1982 featuring Michael Caine, Christopher Reeve and Dyan Cannon. 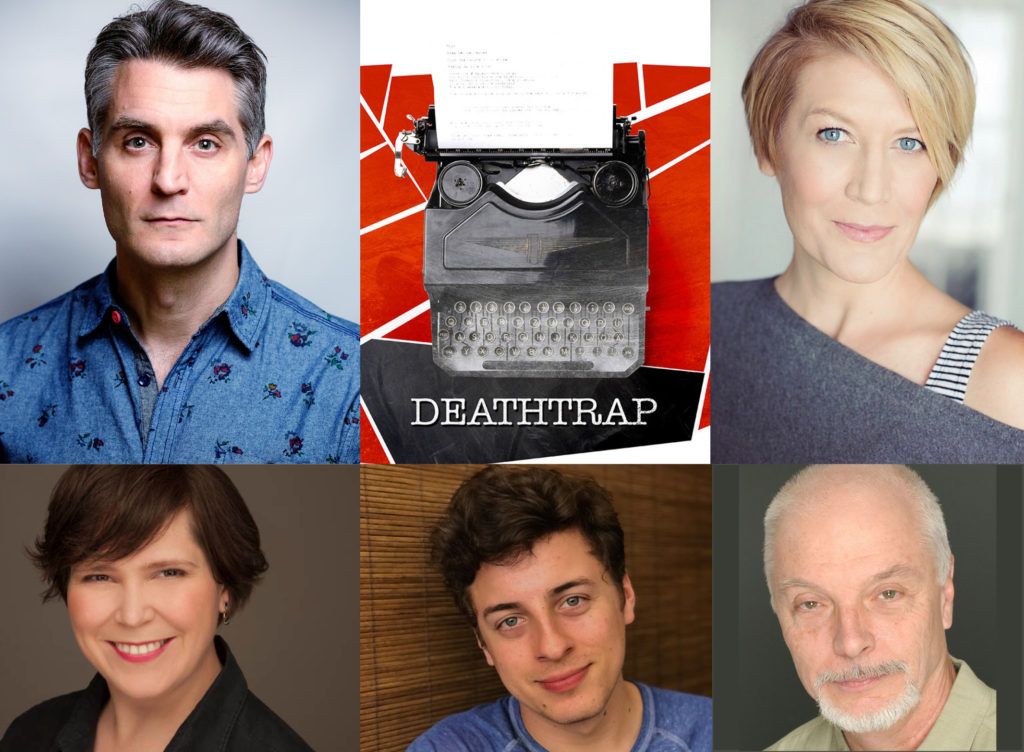 The cast for our production of this masterful play is one of the most impressive ever gathered together on this stage. Directed by Kevin Harris, the show features Michael Brusasco* (last seen locally as Earnest in PCPA―Pacific Conservatory Theatre’s production of The Importance of Being Earnest) as Sidney Bruhl and Melinda Parrett* (last seen locally as Morticia in PCPA’s production of The Addams Family) as Myra. Cameron Parker (SLO REP’s The 39 Steps) plays Clifford; Zoia Wiseman is Helga and Tom Ammon (SLO REP’s Tuesdays with Morrie) is Porter.

“This play is like an iceberg—you think you see all that is there at first glance without realizing the mountain of possibilities lurking below.” – Erin Roche, performink.com

The play is set in 1978 and concerns one Sidney Bruhl, a successful writer of Broadway thrillers who is struggling to overcome a dry spell which has resulted in a string of failures and a shortage of funds. A possible break in his fortunes occurs when he receives a script from a student in the seminar he has been conducting at a nearby college—a thriller that Sidney recognizes immediately as a potential Broadway smash. Sidney’s plan, devised with his wife’s help, is to offer collaboration to the student for co-credit. Or is it?

Just in case you’ve forgotten 1978 (or maybe you weren’t even born yet?) we thought a little glossary of terms, references made in the play, might be helpful to our audience. How many of these do you recognize? 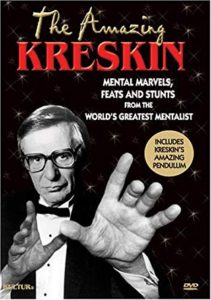 The Amazing Kreskin (b. 1935) is a “mentalist” who had television shows during the 1970s called The Amazing World of Kreskin and The New Kreskin Show. During his act, he finds objects that are hidden in the theatre (like his paycheck) and makes predictions.

Angel Street is a 1938 play by British playwright Patrick Hamilton. It’s the story of the Manninghams who live on Angel Street in 19th-century London. As the curtain rises, all appears the essence of Victorian tranquility. It is soon apparent however, that Mr. Manningham is slowly driving his gentle, devoted wife Bella to the brink of insanity. A Scotland Yard visitor convinces Bella that her husband is a homicidal maniac wanted for a murder committed fifteen years earlier in their house. The victim of the earlier murder, Alice Barlow, is believed to have been hiding jewels in her apartment. 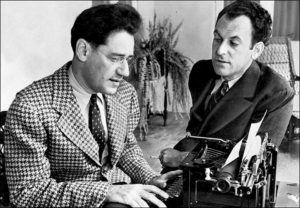 George S. Kaufman (1889-1961) was a successful American playwright who typically collaborated with other writers, including Moss Hart, Edna Ferber, and Marc Connelly (he only wrote one play alone). Among his many successes were Of Thee I Sing, Dinner at Eight, Once in a Lifetime, You Can’t Take It With You, and The Man Who Came to Dinner.

Harold “Hal” Prince (1928-2019) was an American theatrical producer and director who some say was one of the most creative and innovative figures ever on Broadway. He won the Tony Award for directing seven times (Cabaret, Company, Follies, Sweeney Todd, Evita, The Phantom of the Opera, and for the Broadway revival of Show Boat). 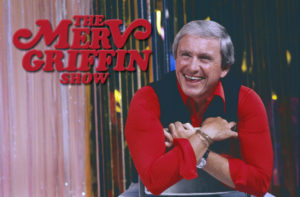 The Merv Griffin Show was a talkshow hosted by Merv Griffin (1925-2007) that ran in syndication for about 25 years from 1962 to 1963 and then 1965 to 1986. He preferred to interview guests for about 30 minutes, rather than the 5 to 6 minutes that is and was typical of most talk shows. Over the years, Griffin interviewed about 25,000 guests from diverse backgrounds—from entertainment to science.

Rodgers and Heartless – This is a pun on the names of the American musical comedy writing duo “Rodgers and Hart.” Richard Rodgers (1902-1979) and Lorenz Hart (1895-1960) penned many shows for Broadway and the West End between 1920 and 1943, when Hart died of pneumonia. Richard Rodgers went on to collaborate with Oscar Hammerstein II on many successful musicals including Oklahoma!, Carousel, and South Pacific, until Hammerstein’s death in 1960. Rodgers kept working right up until his death in 1979, eight months after his 40th musical, I Remember Mama, opened on Broadway.

Theater vérité This is a play on the 1960s French film movement called “cinéma vérité” (literally “truth cinema”). According to the Encyclopedia Britannica, it “showed people in everyday situations with authentic dialogue and naturalness of action.”

Peripeteia n. a sudden or unexpected reversal of circumstances or situation especially in a literary work.

“A standing ovation can be coerced out of any audience. A GASP cannot.” — David Mamet

“Ira Levin’s groundbreaking comedy-thriller Deathtrap has been delighting and shocking audiences around the world since its premiere on Broadway in 1978. The success of the play, in my opinion, stems from Levin’s uncanny ability to simultaneously meet and subvert the expectations of the theatergoing public. The characters in the play brazenly telegraph exactly what potentially could happen onstage; they gleefully lay it all out in a way that not only encourages, but dares the audience to try to and get ahead of the plot. If Chekhov placed a gun onstage for the audience to eye suspiciously throughout the first act, Levin chose to take that idea to the most ridiculous extreme, covering every square inch of the set with potential murder weapons. He is, essentially, turning the entire theatre into Chekhov’s gun, telling the audience exactly what the characters are doing while they’re doing it. In spite of this gross transparency, he still manages to surprise the hell out of us.” — Kevin Harris

Fasten your seatbelts everyone: It’s going to be a bumpy night. 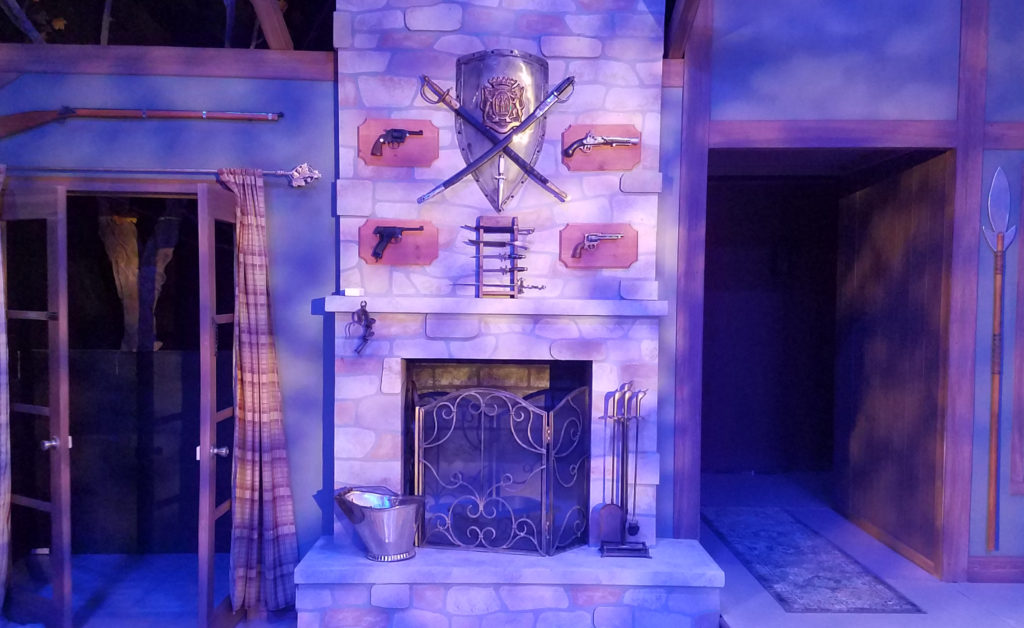 *Ms. Parrett and Mr. Brusasco are members of Actors’ Equity Association, the Union of Professional Actors and Stage Managers in the United States, appearing under a Special Appearance Contract.