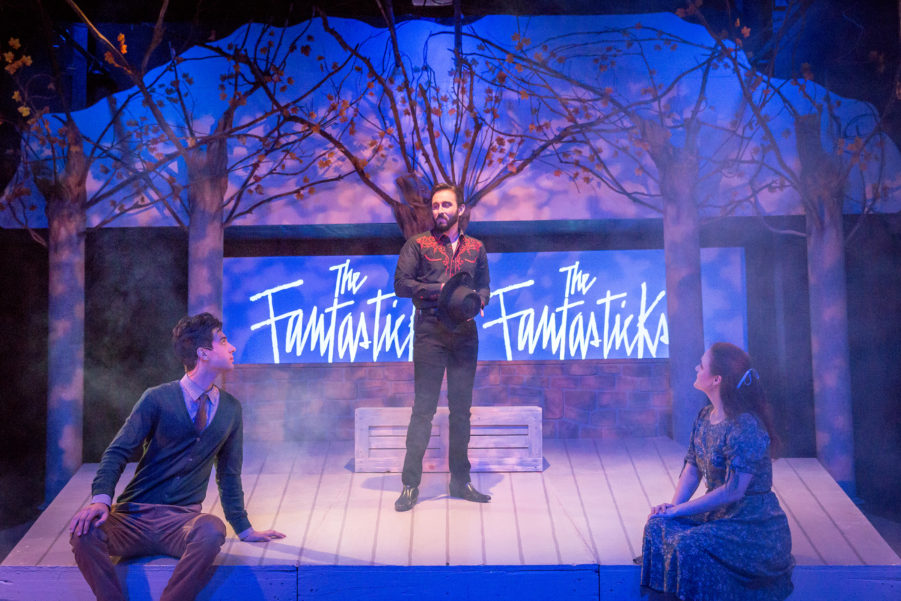 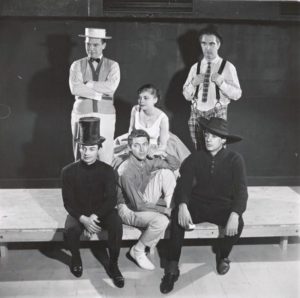 The original cast of THE FANTASTICKS in 1960.

The Fantasticks premiered at the Sullivan Street Playhouse, a small Off-Broadway theatre in New York City’s Greenwich Village, on May 3, 1960, with Jerry Orbach as El Gallo, Rita Gardner as Luisa, Kenneth Nelson as Matt, and librettist Tom Jones (under a pseudonym) as the Old Actor, among the cast members. The original production was directed by Word Baker and was produced on a very low budget. The producers spent $900 on the set and $541 on costumes, at a time when major Broadway shows would cost $250,000. 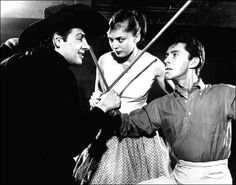 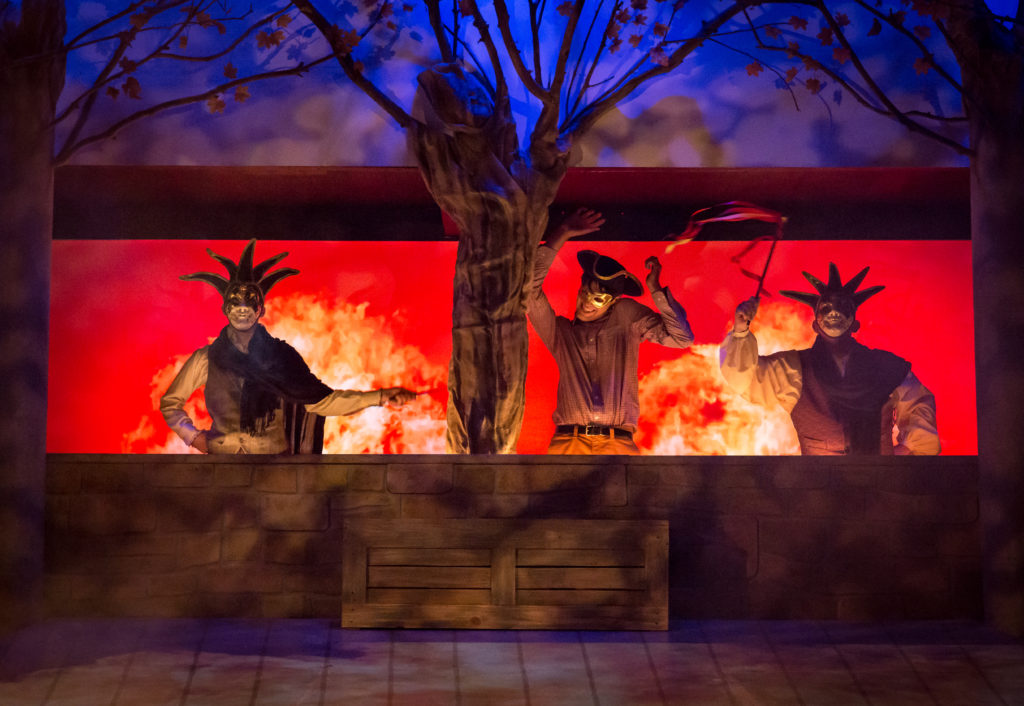 So, what’s the deal? Why is this show still a favorite? Even after closing off-Broadway, it’s still going, with multiple stagings every year all over the world. New York’s Playbill magazine took on that question in 2006 and pretty much concluded that the show had “a touch of magic” about it. Original director Word Baker said: “It has run a long time because that’s what we designed it to do.” Composer Harvey Schmidt said: “People can take it on many different levels. Children love it. To them, it’s just like a fairy tale. But there are so many different levels for many different people. For very sophisticated people, there are a lot of witty inside references, both theatrical and literary, that they can appreciate.” 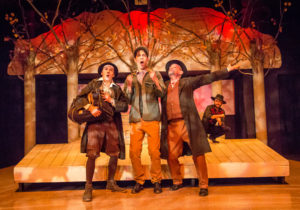 , the director of our production of The Fantasticks, put fingers to keyboard and shared a few of his ideas about the show in his director notes:

“The Fantasticks has had a monumentally successful history, in part, because it’s underpinnings are the core of storytelling. A troupe of players tell a wildly simple, completely entertaining and wholly relatable story around the glow of a fire. Or in our case, the “fire” of stage lights. SLO REP is a perfect home for this show that revolves around a core human truth, as summarized by El Gallo: “without a hurt, the heart is hollow”. It is universal in theme and central to most stories ever written.” 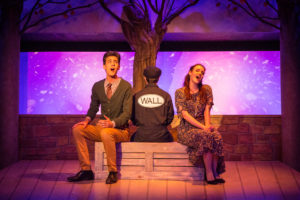 And why SLO REP?

“SLO REP has become an essential gathering place on the Central Coast to tell and hear many of those stories, and reflect on them as they pertain to our lives — both as a troupe and as a community. A theatre performance offers us a unique opportunity to slow our pace for a couple of hours, dial down the cacophony, shut off the cell phone and spend a few hours laughing, crying, thinking, commiserating, tapping our toes or just plain old furthering our quality of life by suspending our disbelief; all in the company of fellow humans who are taking a common journey down different paths, watching stories unfold on the stage in equally and breathtakingly different ways from production to production.”

“The Fantasticks is one of those perfect pieces of theatre that seems to grow and mature with the audience. Young audience members will surely relate to the volatility and immaturity of our two teen protagonists; adults will empathize with the world-weary parents, desperately trying to control to fancies and fantasies of their children. Couple these characters with some of the most iconic music ever written for the stage and there’s truly something for everyone.

As for me, I think I’ll stick with the first explanation: it’s just pure theatre magic. I couldn’t stop smiling from start to finish of this delightful show and I know you’ll love it too. But do hurry and get your tickets. The Fantasticks must close on October 13th to make way for DEATHTRAP.  Don’t wait too long or we’ll be completely sold out! 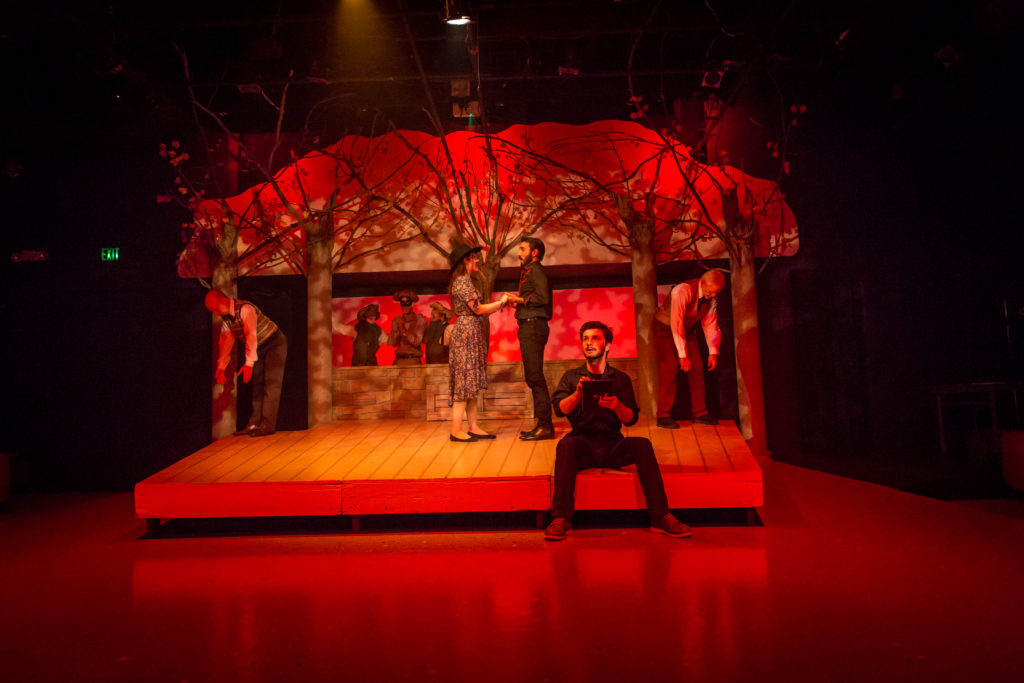 There’s always something new going on at SLO REP and that’s just the way we like it. Join us, won’t you?