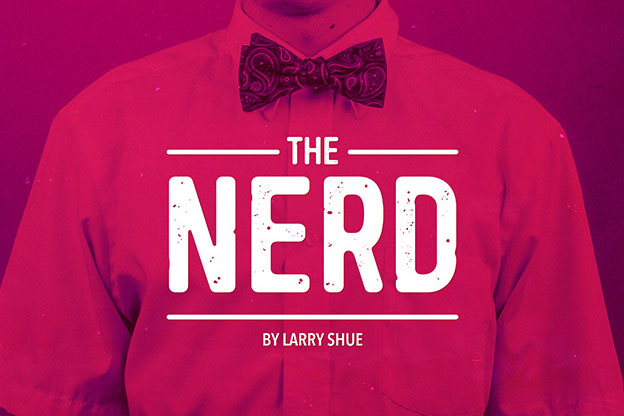 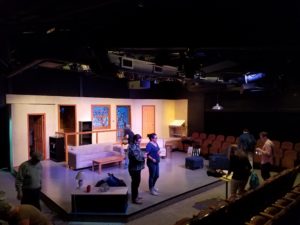 I’m sorry. It doesn’t happen very often, but this is one of those rare, dark weekends in downtown SLO. No live theatre. Sad but true.

This weekend, the cast and crew of THE NERD are very busy putting the final touches on this hilarious comedy before opening next Friday night. Dave Linfield’s set is coming together, Keith Wetzel’s costumes are almost done and Kevin Harris’s sound and lighting will be ready on Sunday for tech rehearsal. THE NERD is often called “the funniest show ever written” and director Suzy Newman and her brilliant cast can’t wait to share it with you!

In the meantime, there are lots of other great shows to check out on the Central Coast!  You’ll recognize LOTS of familiar faces and laugh yourselves silly, at FUDDY MEERS in Cambria and NOISES OFF in Paso Robles. And this weekend is your last chance to see PCPA’s powerful production of THE WHIPPING MAN. Or check out Arroyo Grande High School’s production of MUCH ADO ABOUT NOTHING at the Clark Center in Arroyo Grande and support the next generation of talented artists!

Enjoy a show elsewhere in the county this weekend, but don’t forget to get your tickets EARLY for THE NERD! Opening Night is completely sold-out and the rest of opening weekend is going fast, so be sure to make your reservations NOW to guarantee your seats! 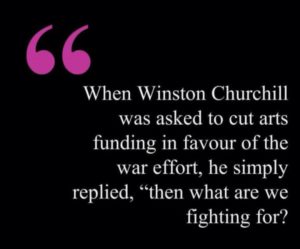 The Little Theatre (and our audiences!) enjoy this space at 888 Morro Street through the generosity of the City of San Luis Obispo. We are extremely grateful for their support and we do our utmost to be good stewards of this building and of our place as the largest nonprofit theatre in SLO County. 60-65{efcf22502b1e74b0202af948281d54f129dde7dacd2c3f6ff4c98fe998904ac4} of our budget comes from ticket sales. About 7{efcf22502b1e74b0202af948281d54f129dde7dacd2c3f6ff4c98fe998904ac4} comes from tuition for our educational programs. For the rest, we rely on generous donations from individuals, businesses and local foundations. The Little Theatre receives no federal funding, but we believe in the National Endowment for the Arts. The NEA’s $148 million budget funds programming in more than 16,000 communities across the United States and in every single Congressional district. The NEA knows how to use a little funding for a LOT of art.

And it’s not just about art – it’s about economics. 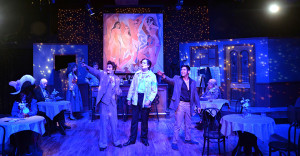 Did you know that the San Luis Obispo Little Theatre welcomes more than 20,000 people through our doors every year for performances and educational programs? According to a survey done by the national arts advocacy group Americans for the Arts, a performing arts organization such as the Little Theatre can generate additional audience expenditures of over $300,000 per year at surrounding businesses. It may also contribute to a collective annual household income of over $500,000 and garner over $30,000 in tax and license revenue for our local government.

The arts not only feed our souls, they help to fuel our economy. 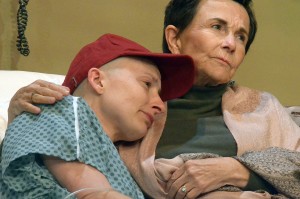 We don’t often get political around here. We tell stories. But in a time when we Americans are more divided than ever on so many different issues, we desperately need stories to help us understand the world through someone else’s eyes. We need theatre. We need art.

We hope you’ll join us in supporting the National Endowment for the Arts.

Thank you for your support.