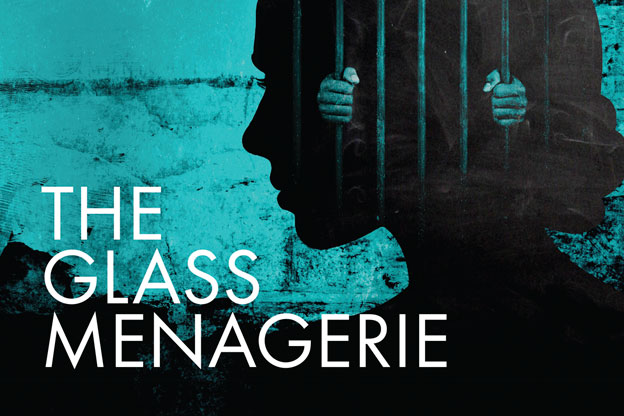 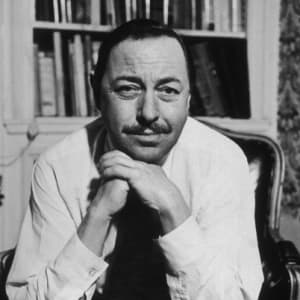 THE GLASS MENAGERIE opens this Friday at SLO REP. This is only the second time we’ve taken on this masterpiece by legendary playwright Tennessee Williams. The last time the play was produced on our stage was in 1962. The play premiered in Chicago in 1944 and moved to Broadway in 1945 where it won the New York Drama Critics’ Circle Award. (The Tony Awards were not instituted until 1947.) The Glass Menagerie was Williams’ first successful play. He went on to become one of America’s most highly regarded playwrights, but this show remains one of the most beloved and respected of his many works.

“The scene is memory and is therefore non-realistic. Memory takes a lot of poetic license. It omits some details; others are exaggerated, according to the emotional value of the articles it touches, for memory is seated predominantly in the heart.” — Tennessee Williams in his notes on the play. 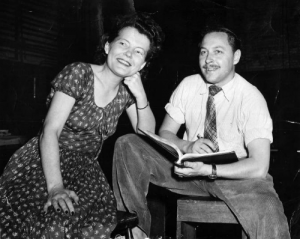 Tennessee Williams with his sister Rose.

No play in the modern theatre has so captured the imagination and heart of the American public as Tennessee Williams’s The Glass Menagerie.  The characters and story mimic Williams’ own life more closely than any of his other works. Williams (whose real name was Thomas) closely resembles Tom; his mother, Amanda. His sickly and mentally unstable older sister Rose provides the basis for the fragile Laura, though it has also been suggested that Laura may incorporate aspects of Williams himself, referencing his introverted nature and obsessive focus on just one aspect of life (writing for Williams and glass animals in Laura’s case). 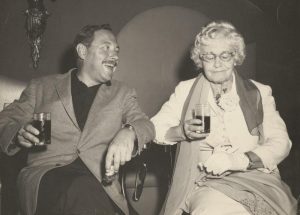 Tennessee with his mother Edwina.

A theatrical piece of distinct power, with some of Tennessee Williams’ most potent lyricism, The Glass Menagerie is a memory play as told to us by Tom Wingfield, a merchant marine looking back on the Depression years he spent with his overbearing Southern genteel mother, Amanda, and his physically disabled, cripplingly shy sister, Laura. Williams’ intensely personal and brilliantly tender masterpiece exposes the complexity of our memories, and the ways in which we can never truly escape them.

“The long-delayed, but always expected something that we live for.” – Tom, speaking of “the gentleman caller” in The Glass Menagerie 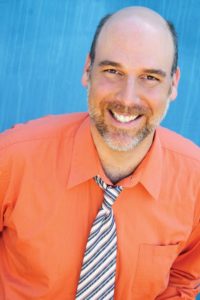 Speaking of “long-delayed”, we could not be more proud to welcome Erik Stein to our company as the director of this American classic.  Erik is a founding member of Alaska Shakespeare and California Cabaret Theatre and currently serves as the casting director for PCPA—Pacific Conservatory Theatre. On Broadway, Erik played the Charity Man in A Christmas Carol directed by Susan Stroman. Off-Broadway, he originated the role of Stephens in Captains Courageous at Manhattan Theatre Club. Erik recently directed Freaky Friday for PCPA, and next season he will direct The Addams Family.

“I am the opposite of a stage magician. He gives you illusion that has the appearance of truth. I give you truth in the pleasant disguise of illusion.” – Tom in The Glass Menagerie 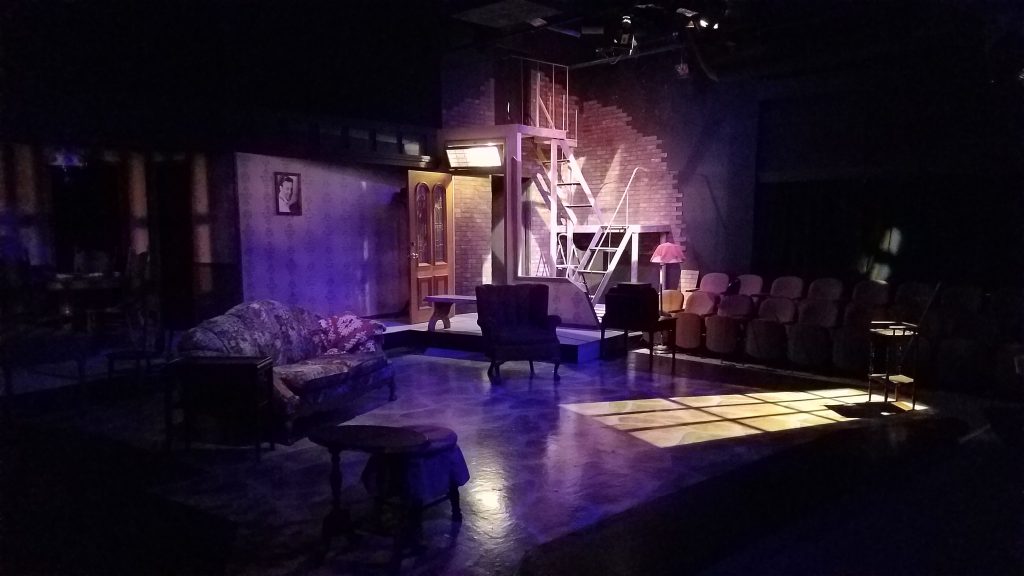 In his directors notes, Erik writes this about the play:

“The Glass Menagerie is a memory play. Memory takes poetic license. It omits some details and exaggerates others. Tom is reliving moments of his life. Some of the details he remembers with crystal clarity and others he remembers as if he is viewing them through a gauze-covered lens.

The Glass Menagerie is about desire and desperation. What do the characters want versus what do the characters need? What do they choose to conceal and what do they choose to reveal? Tennessee Williams said it best when he said these are ‘deeply felt emotions that must be kept at arms-length.’ When he said, ‘Storms are presaged by such a trembling stillness in the air.’ And when he said, ‘I know I seem dreamy, but inside, well, I’m boiling.’

The cast of our production of The Glass Menagerie includes Sam Lariviere as Jim O’Conner (the gentleman caller), Luke Meyers as Tom Wingfield, Suzy Newman as Amanda Wingfield and Madison Shaheen as Laura Wingfield. Set Design is by David Linfield, Costume Design by Suzanne Mann and Lighting and Sound Design by Kevin Harris. Our Stage Manager is Amanda Rose Johnson.

Early preview audiences have been enthralled and enthusiastic about the show:

“Amanda was heartbreaking and true.”

“The whole production was pitch perfect and exquisite.”

“Beautiful set and lighting. So evocative.”

Don’t miss THE GLASS MENAGERIE opening this Friday at SLO REP. Sometimes you only have one chance to experience such a classic of the American theatre. Don’t miss this opportunity. Great seats are still available for opening weekend and you can BUY THEM HERE.

“The future becomes the present, the present the past, and the past turns into ever lasting regret if you don’t plan for it!” — Amanda in The Glass Menagerie

**A footnote on Tennessee Williams and his sister Rose:

Williams, who was close to Rose growing up, learned to his horror that in 1943 (in his absence) his sister had been subjected to a botched lobotomy. Rose was left incapacitated (and institutionalized) for the rest of her life. With the success of The Glass Menagerie, Williams was to give half of the royalties from the play to his mother. He later designated half of the royalties from his play Summer and Smoke to provide for Rose’s care, arranging for her move from the state hospital to a private sanitarium. Eventually he was to leave the bulk of his estate to ensure Rose’s continuing care. Tennessee Williams died in 1983. Rose died in 1996.