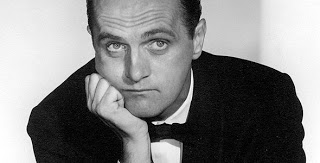 I first became familiar with Bob Newhart watching his self-named sitcom Newhart from 1982-1990. 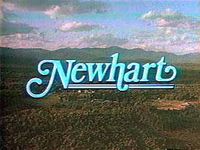 (I was 7-15 years-old during this period, not to mention the syndication, so, these were prime TV-watching years.) I couldn’t take my eyes off of Newhart as he deadpanned his way around a symphony of outrageous characters, including Tom Poston as his idiot handyman, and Larry, his brother Darrell, and his other brother Darrell. It the late 80’s I found several of his comedy albums from the 60’s at a local thrift shop; I spent days trying to find his specific rhythm…the pause, the timid questioning tone, and most importantly, the subdued, hidden exasperation.
Newhart is one of my comedy heroes (along with other famous dead-panners Jack Benny, Leslie Neilson, and Johnny Carson. Steve Carrell’s characterization of Michael Scott on The Office could not exist without these pioneers proving to the world that doing “nothing” can be hilarious.)
For those of you who aren’t familiar with his work, here are a few great clips.
Click HERE to see one of Newhart’s appearances on The Smothers Brother’s Comedy Hour.
Click HERE to see an incredible clip from Newhart in which Newhart has to try to host a low-rent talk show and interview a dude with a small horse. Watching how he handles the phone situation near the beginning shows you everything you need to know about deadpan comedy.
Click HERE to watch Newhart roast Don Rickles.
Lastly, HERE’S an extended clip of a 1994 interview between Tom Synder and Bob Newhart. 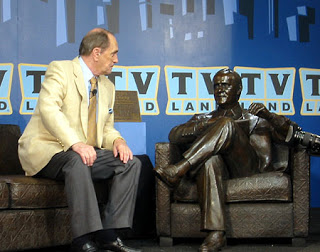 Long live Newhart, a true king of comedy.
Have a great week, everyone!
Kevin
All Events