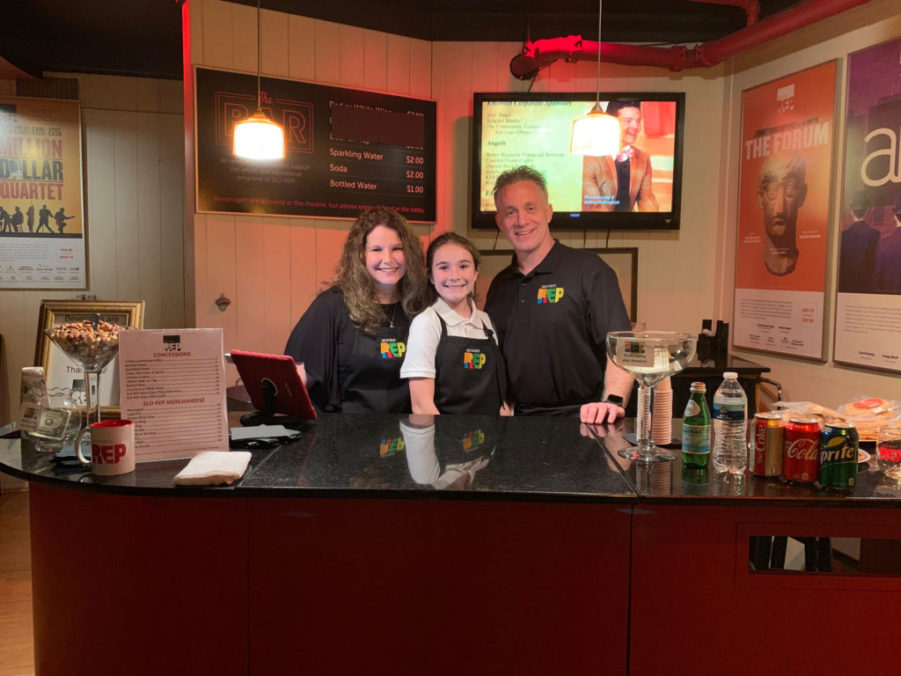 Each month on the BLOG, we feature an interview with one of our incredible volunteers. We have dedicated volunteers who have been with us for more than 20 years and some who have given of their time for less than two months. All are deeply appreciated and deserve a moment in the spotlight!

This month, we feature a family who all are enthusiastic in their support of and involvement in the theatre, the Rafterys. 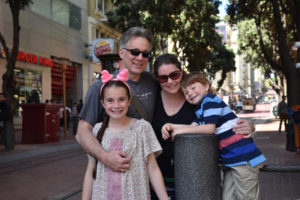 Jay, Nicole, and their daughter, London became volunteers a few years ago after an experience Jay had at SLO REP. He was perfoming in his first show here, Taking Sides, an UBU’s Other Shoe staged reading. Jay credits Lester Wilson, a SLO REP ACT teacher, with inspiring him to volunteer. He says Lester’s enthusiasm for SLO REP was contagious. London joined SLO REP as a performer as an ensemble member of ACT’s Into the Woods Jr., then started volunteering alongside Jay during A Funny Thing Happened on the Way to the Forum . Although, London says, Jay didn’t want her to watch the lobby monitor following intermission! Nicole began volunteering during London’s time as Jane Banks in ACT’s Mary Poppins Jr. 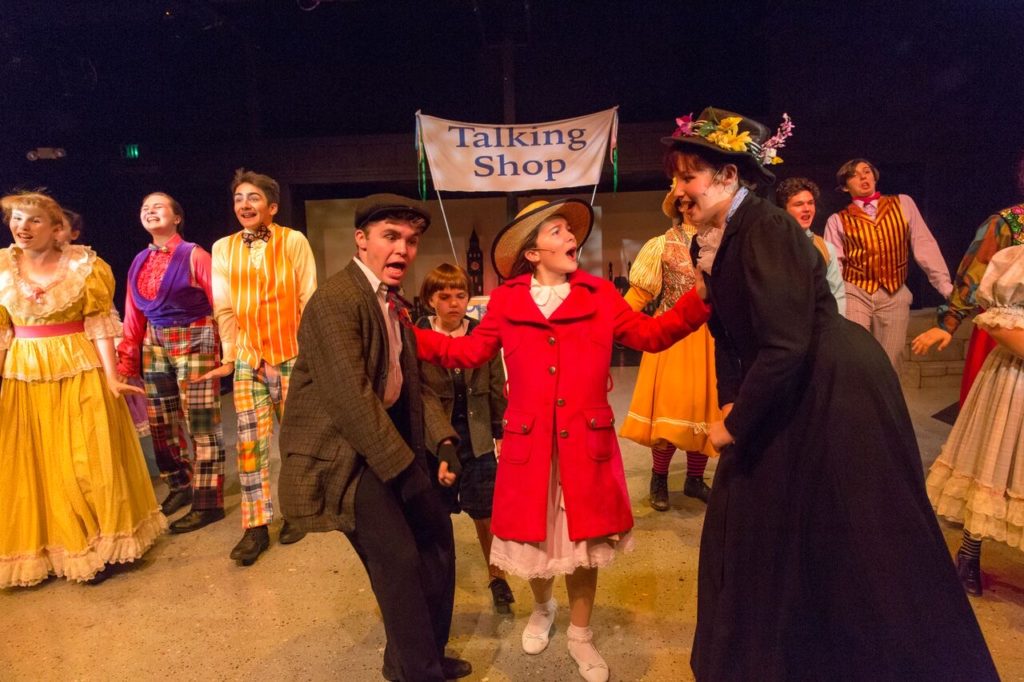 London Raftery as Jane Banks along with the cast of ACT’s production of Mary Poppins, JR 2018 (photo by RyLo Media Design)

Nicole and Jay have both helped with all of the front of house hospitality shifts, along with strike crew and helping with the occasional front of house laundry duty. London has worked the front door and concessions shifts, where she enjoys selling cookies–lots and lots of cookies. Nicole likes to see familiar faces returning to the theatre, but also loves seeing new faces and being a part of someone’s first time at the SLO REP. 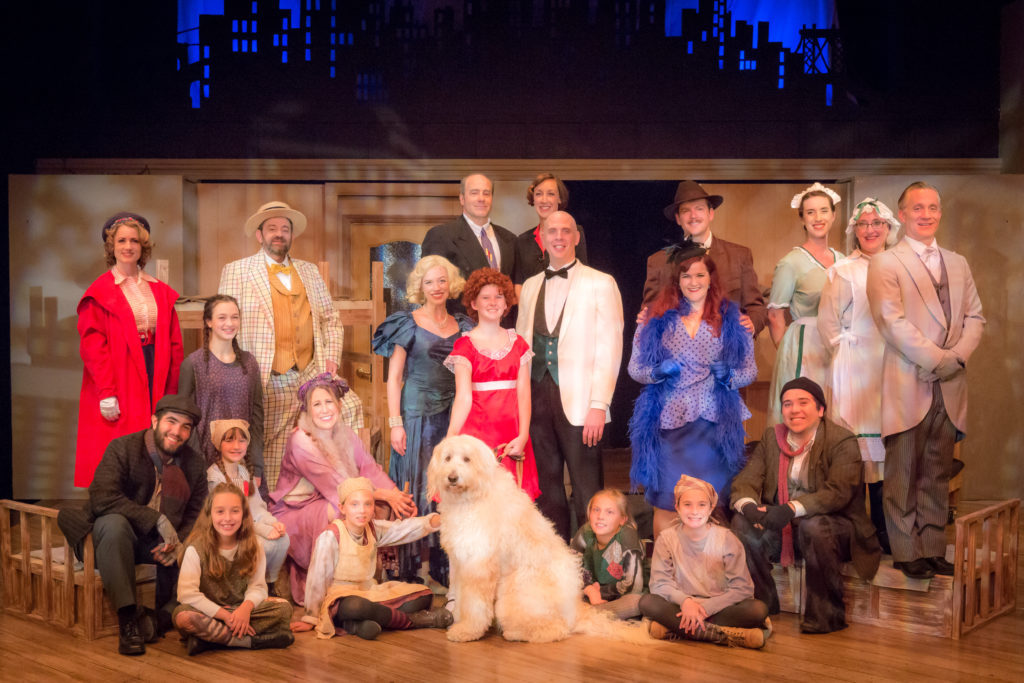 Jay likes to see the community support for local theatre and “keeping people on their toes.” In Jay’s own words: “London and I shared a joke when she started working Concessions about the differences in water. I told her than when a patron asks for water, to ask whether they want still or sparkling. if they order sparkling water, hand it to them and say: ‘Here you go, but remember, it’s still water.’ It’s horrible, I know.”

London’s hobbies include acting, singing, and tap dance (though acting keeps her very busy!). In addition to working full time, Nicole acts as “the theatre and sports shuttle” for hers and Jay’s two children. She also enjoys reading, gymnastics, archery, hiking, time spent with family, and baking pies (she’s won awards at the Arroyo Grande Harvest Festival for the last 5+ years!). Jay works as a business lawyer, often assisting non-profits with legal compliance. He also spends time helping with youth theatre productions around SLO County and recently served on the Board of Directors for the Coastal Performing Arts Foundation. In his free time, he enjoys sports and writing. 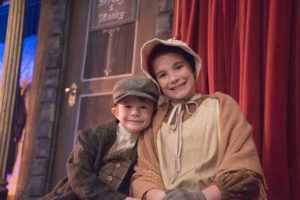 As advice for potential volunteers, London says, “Don’t be shy–just be yourself!” Nicole says that volunteering is fun. Both she and Jay say don’t be afraid about knowing what do to; the SLO REP staff will help you learn the ropes. And, as Jay says, “By the time you finish your first shift, you will already be signing up for your next one.”

For more information about how to become a SLO REP volunteer, visit our Volunteer Page, or email Volunteer Director, Tasia Trevino-Hill at volunteer@slorep.org. 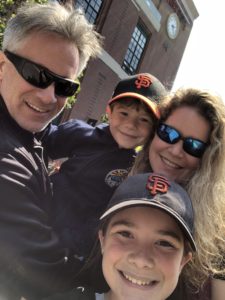