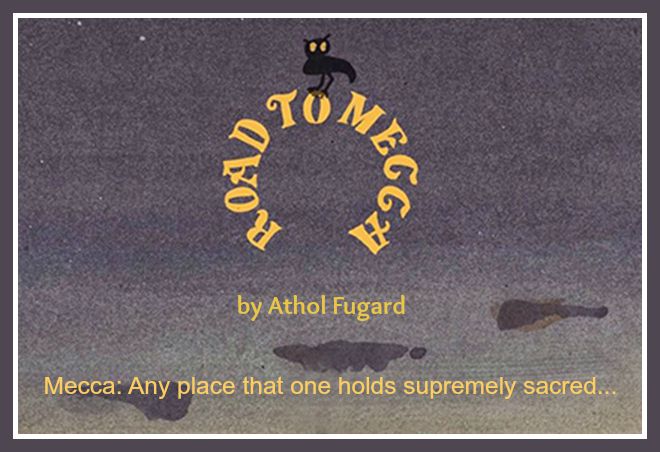 Acclaimed as “striking, compassionate and Athol Fugard‘s most personal play” by The New York Times, The Road to Mecca tells the story of an eccentric elderly artist facing mounting pressure to abandon her independent life for a church retirement home. Set against the charged backdrop of South African apartheid, The Road to Mecca is a beautifully crafted tribute to the artist’s indomitable spirit. Fugard’s play is based on the story of South African Helen Martins and her one-of-a-kind Owl House. According to actress Rosh Wright, who plays the character of Miss Helen: “it is an emotional roller coaster and well worth the ride.” 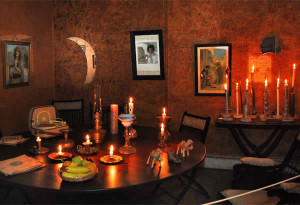 Directed by Kerry DiMaggio and featuring John Geever, Felicia Hall and Rosh Wright, this Ubu’s Other Shoe Staged Reading (our second of the season) is set for this weekend, 3 shows only. Friday’s show is already pretty packed, but there are plenty of seats remaining for two Saturday shows at 2 pm and 7 pm. If you’ve never been to an “Ubu” because you don’t drive at night or you prefer matinees, we’ve now got matinees! Don’t miss out on an amazing season of dynamic, cutting-edge live theatre. Check out The Road to Mecca and all of our Ubu’s Other Shoe shows for the 2015-2016 Season. Guarantee great seats and save money by subscribing to all six remaining Ubu’s Other Shoe Staged Readings for just $50 or get your tickets today for one of three performances of The Road to Mecca. You’ll never know what you’ll find at the end of that road. 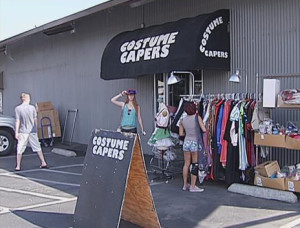 It’s the end of an era. As most of you have probably heard by now, our beloved Costume Capers will be closing their doors forever on November 1st. We urge you to support them in their final two months in business by buying your costumes for Halloween early and often!  Kevin Harris has the following remembrance and a tribute to our friends Debi and Keith, and the best darn costume place on the Central Coast!

It’s difficult to adequately express the contributions that Costume Capers has made to the theatre community on the Central Coast. The first time I walked into their shop was in the late 80’s to look for some nerd glasses for my first play at Paulding Junior High School. This was two decades before the internet. If you were 12 and you needed to find nerd glasses in 1987, you had two options: rummage through your grandfather’s bedside drawer and hope for the best, or beg your mom to give you a ride to SLO to see Keith and Debi and Costume Capers, the store that had everything. 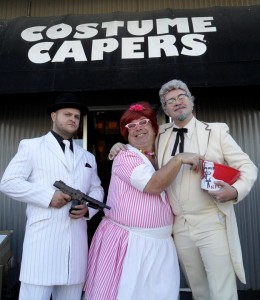 The original store on Chorro Street was absolutely magical; dark and cavernous, with every square inch filled with the kind of things that little boys love before they realize that girls exist. Severed heads. Plastic swords. Giant rats. And of course, nestled in between a bowl of plastic eyeballs and paper pirate eye-patches, several dozen pairs of nerd glasses. My first trip to Costume Capers taught me something that held true for the next 28 years; if you need something, Keith and Debi probably have 20 of them. 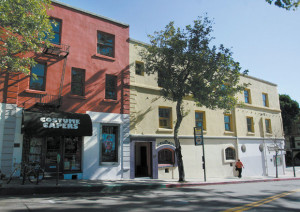 In 1995, during our very first production of Compleat Wrks, I walked into the store to ask Keith if he had any idea where I could buy a blow up doll without any sex parts (they’re harder to find than you might think.) Only expecting some advice as to where to go next, Keith sighed softly (he seemed to be constantly “put-upon”, in the most affectionate and good-natured way possible,) turned his back and disappeared into a room that I didn’t know was there, like a Dumbledore in denim shorts and a Goofy polo. 30 seconds later he came out with a plain, male blow up doll without a penis. It was like a magic trick. Over the next 16 years (and 11 productions of Compleat Wrks), I bought 30+ of those sexless dummies from him. This memory is more comforting than you might think.

Since coming to the Little Theatre in 2008, Keith and Debi have costumed (or supplemented costumes) for dozens of productions, and I — like many, many people in our community — am not sure what exactly we’re going to do without them.

We at the Little Theatre encourage everyone reading this to send this community treasure out on the highest note possible: buy your Halloween costumes, decorations, and anything else that you can think of from Costume Capers before November 1. Go ahead — think of something that they almost certainly couldn’t have. They probably have a dozen of them.

Thank you Keith and Debi,
Kevin Harris
And the past and current staff/Board of the San Luis Obispo Little Theatre