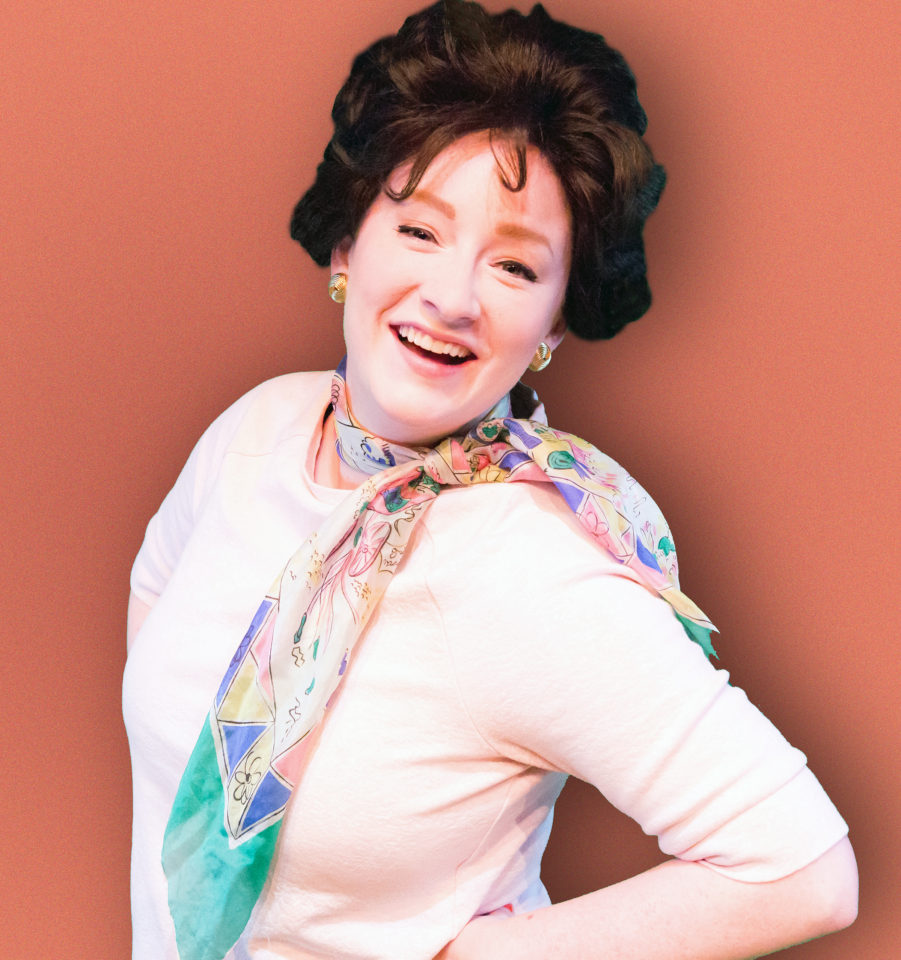 “It’s wonderful that whenever Patsy Cline’s name is mentioned, people’s voices fall and they become right sentimental.  And, rightly so.”   –Maya Angelou

Are you ready to go out “Walkin’ After Midnight“, get downright “Crazy” till you’re “Back in Baby’s Arms” and a whole lot more? Then get ready for Always…Patsy Cline running throughout the month of February here at SLO REP. We’re busy this week putting the finishing touches on the set, costumes and more and it’s going to be a blockbuster of a show! And while we wait for opening night, we thought you might enjoy a sneak peek at the talented folks who will be bringing this show together on our stage. 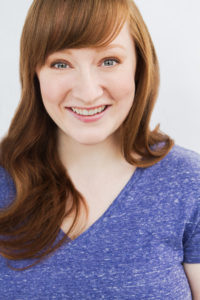 Greta Kleckner* (Patsy Cline) is making her first appearance at SLO REP and couldn’t be more thrilled to be a part of it! Greta grew up playing violin and gradually transitioned from playing in the pit to singing on the stage and never looked back, though she can be found playing violin on stage, often for comedic purposes. Previous credits include the national tours of Elf and Damn Yankees, Always…Patsy Cline at the St. Vincent Summer Theatre Company in Pittsburgh, PA, Sister Mary Amnesia in Nunsense a few times over, Godspell, Agnes Gooch in Mame and Missy in The Marvelous Wonderettes. She currently resides in New York City and sincerely wishes to pet your dog.  *Ms. Kleckner is a proud member of Actors’ Equity Association. 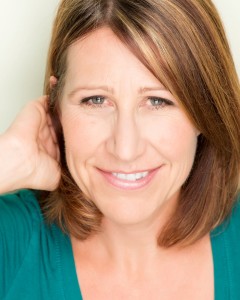 Suzy Newman (Louise Seger) is a familiar face at SLO REP and throughout the Central Coast theatre scene. Suzy directed last season’s, A Funny Thing Happened on the Way to the Forum and last appeared on the SLO REP stage as Madame Arcati in Blithe Spirit. Other credits include – SLO REP: The Glass Menagerie (Amanda), The House of Blue Leaves (Bananas), The Search for Signs of Intelligent Life in the Universe, Annie (Miss Hannigan); PCPA—Pacific Conservatory Theatre: Always…Patsy Cline (Louise), A Flea in Her Ear (Olympe); Oregon Cabaret Theatre: 9 to 5: The Musical (Violet); The Great American Melodrama & Vaudeville: Steel Magnolias (M’Lynn), The Foreigner (Bette), Fools (Lenya Zubritzky) and lots of wonderful characters you’ve never heard of. 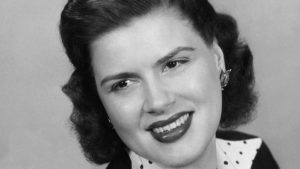 Patsy Cline was born Virginia “Ginny” Patterson Hensley in Winchester, Virginia on September 8, 1932. She died March 5,1963 at the age of 30, in a plane crash. Cline was a popular country music singer of her time and is now considered to be one of the most influential, successful and acclaimed vocalists of the 20th century. She helped pave the way for women as headline performers in the genre and was one of the first country artists to successfully “cross-over” to pop music. She has been cited as a significant inspiration to many well-known artists over the years, including Martina McBride, Trisha Yearwood, Cyndi Lauper, Reba McEntire and LeAnn Rimes. Cline began performing at an early age, but her hits began in 1957 with Walkin’ After Midnight, I Fall to Pieces, and Willie Nelson’s Crazy and ended in 1963 with Sweet Dreams. Millions of her records have been sold since her death, including the 1967 album “Patsy Cline’s Greatest Hits, which sold over 10 million copies. In 1973, ten years after her death, she became the first female solo artist inducted into the Country Music Hall of Fame. Additional honors include a star on the Hollywood Walk of Fame and a posthumously awarded Grammy Lifetime Achievement Award.

“Carnegie Hall was real fabulous, but you know, it ain’t as big as the Grand Ole Opry.” — Patsy Cline

THE BAND (The Bodacious Bobcats) 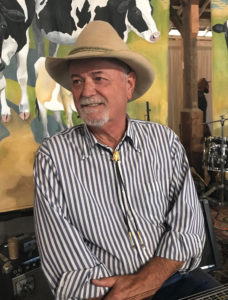 John Clarke (Steel Guitar, Jim Bob) is originally from the San Joaquin Valley and started playing electric guitar at age 13 in teenage garage rock bands. He switched to country music after high school, and took up pedal steel guitar at age 24, playing both lead guitar and pedal steel guitar in nightclubs full time from the early 70’s to the 90’s all over the Southwest. For the past 20 years, John has continued to play in various bands, and as part of smaller groups, at local wineries, nightclubs, and churches across the Central Coast. 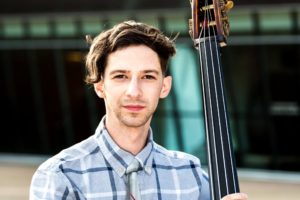 James Gallardo (Bass, Jay Bob) earned his BA in Music at California Polytechnic State University in 2017 and has been playing professionally with a variety of small ensembles, artists, bands, singer songwriters, and chamber orchestras on the west coast for the past 10 years. His love of music and dedication to his craft have earned him numerous accolades over the years, including being named part of Downbeat magazine’s 2015 “Best Community Jazz Combo” while attending Cuesta Community College. He also won an ArtistWorks scholarship to attend John Patitucci’s Jazz Bass School from 2016-17. James is currently writing his debut album while applying for both a Jazz Performance MA, and working regionally with companies such as SLO REP and PCPA ― Pacfic Conservatory Theatre. 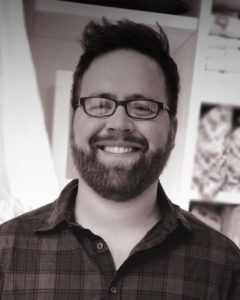 Evan Goldhahn (Drums, Bob Bob) is delighted to be back with SLO REP after previously appearing in The All Night Strut! and as Fluke in Million Dollar Quartet. Some New York and regional favorite shows include Memphis, 9 to 5: The Musical, Next to Normal, and Bloody Bloody Andrew Jackson. Recently, his playing has been heard in PCPA’s productions of A Gentleman’s Guide to Love and Murder and Disney’s The Little Mermaid. 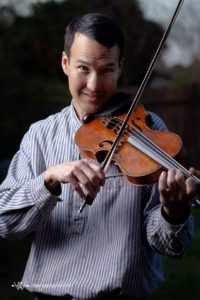 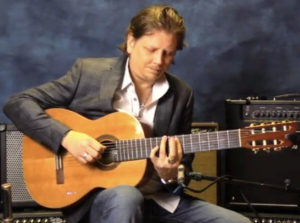 Gary Wooten (Guitarist, Billy Bob) has toured professionally for the last 20 years playing over 4,000 concerts, performing onstage with international artists such as Lee Ann Womack, Dierks Bentley, and Miranda Lambert, at legendary venues such as The Grand Ole Opry at the Ryman, professional sports stadiums, and major music festivals. Recently relocated from Austin, Texas to San Luis Obispo, Gary currently teaches at Grand Central Music and Conservatory, performs throughout the Central Coast, and is thrilled to be taking part in his first SLO REP production.

“Oh, I offended you with my opinion? You should hear the the ones I keep to myself.” — Patsy Cline 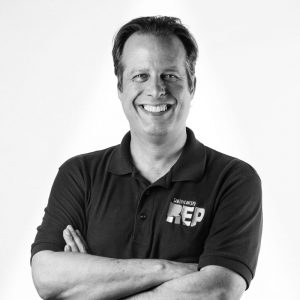 Kevin Harris has been SLO REP’s Managing Artistic Director since 2008. Kevin received his MFA in directing from the University of Iowa and his BFA in acting from New York University. He also spent three years studying acting at the Atlantic Theatre Company under David Mamet, William H. Macy and Felicity Huffman. In addition to teaching at the University of Iowa and the University of Chicago, Kevin has directed numerous productions in Actors’ Equity Association – League of Resident Theatres across the country. Kevin feels privileged to be part of bringing live theatre to San Luis Obispo. 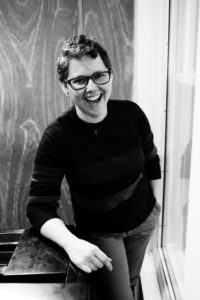 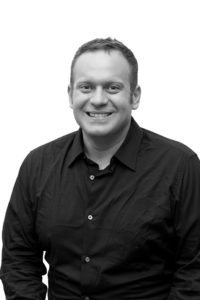 Andrew Silvaggio has contributed his choreography to numerous Central Coast companies including SLO REP, Opera San Luis Obispo (Principal Choreographer) the Civic Ballet of San Luis Obispo (Artistic Director) and Kelrik Productions. He owns the SLO Academy of Dance and has performed locally for Deyo Dances, Variable Velocity and The Civic Ballet. Drew earned a BFA from Philadelphia’s University of the Arts. On the East Coast, some of his favorite productions include A Chorus Line, On the Town, Carousel, and Weird Romance. He also has been a featured dancer for the Barrymore Awards and the Philadelphia Fringe Festival.

“You don’t appreciate home until you leave it and, let me tell you, you can’t appreciate life till you’ve almost left it! Some people hope and die with their song still in them. I used to think that happiness resulted when my earnings matched my yearnings! But not anymore!” — Patsy Cline 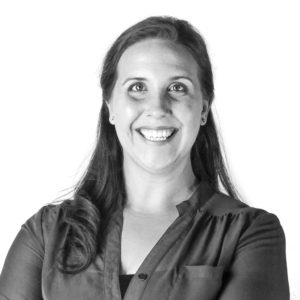 Amanda Rose Johnson is SLO REP’s full time Production Stage Manager. Amanda earned her BFA in theatre from San Diego State University in 2012 where she enjoyed working at North Coast Repertory and the San Diego Gay Men’s Chorus. She had the pleasure of spending Spring 2016 at The Oregon Cabaret in Ashland. Previous to joining SLO REP, Amanda was the Resident Stage Manager for The Great American Melodrama & Vaudeville in Oceano. She hopes you enjoy the show as much as she does. 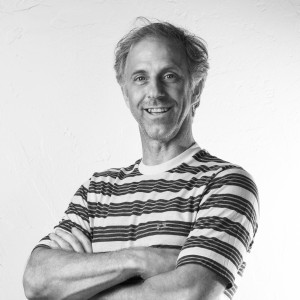 David Linfield designs and builds all of SLO REP’s Mainstage productions. The theatre bug bit David in 1990 when an audition notice for a community theatre production caught his fancy. Over the years, he migrated from performing onstage to working behind the scenes, embracing technical stagecraft as his true calling. David’s educational background in graphic design and his work experience in retail display and housing construction have blended together in distinctive ways to fuel his passion for designing and building sets. 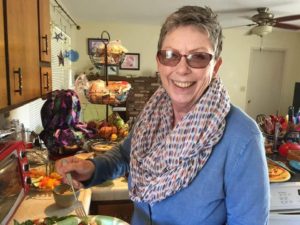 Randon “Randy” Pool relocated to the San Luis Obispo area six years ago from Los Angeles. She has made her mark on the theatre community designing shows for SLO REP (Picasso at Lapin Agile,  Independence, Hello, Dolly!), Central Coast Shakespeare Festival, and OperaSLO. Randy was the Costume Director at the American Academy of Dramatic Arts in Los Angeles from 2005-2013 and worked as an independent costume designer in the Los Angeles area for more than 25 years. She has also designed shows for Stephen F. Austin State University in Nacogdoches, Texas – most recently, Spamalot, for which she was awarded a Kennedy Center Award for Excellence in Costume Design. Randy is delighted to be working with the SLO REP family once again. 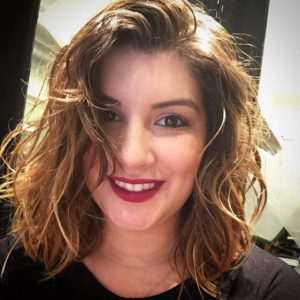 Emy Authier has designed hair and makeup for many productions at SLO REP over the years, including Cabaret, The Drowsy Chaperone, Bye Bye Birdie and Singin’ in the Rain just to name a few. Most days you can find Emy making people beautiful at Salon 62 in downtown San Luis Obispo and on instagram at @simplyprettywithemy. 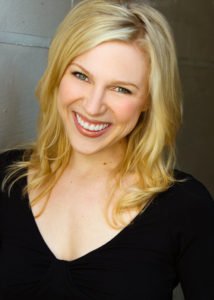 Karin Hendricks (Dialect Coach) is an Assistant Professor of Acting and Performance at Cal Poly’s Theatre and Dance Department. She holds a MFA in Acting from the University of California, Irvine and her BFA in Musical Theatre from the University of Arizona. She works in professional theatre as an actor, director, and dialect coach.

“Patsy Cline and Kitty Wells, they were really the first. They pioneered the way for me and Tammy and Loretta. People used to think that women should stay home, have babies and sing in church or around the house. Then a few brave women got brave enough to try something. They proved to everyone that they could hack it just like the men.” — Dolly Parton 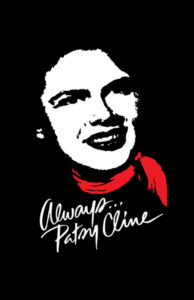 Please join us for this delightful musical about friendship, country music and a brilliant artist who left us all too soon. You can find out more about the show HERE and be sure to BUY YOUR TICKETS EARLY because this one is gonna be SOLD OUT before you know it!