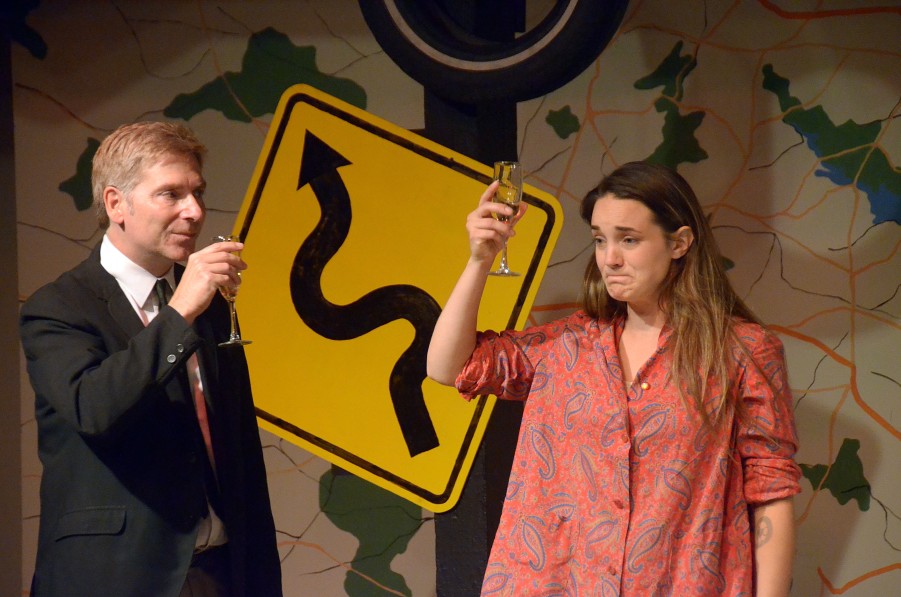 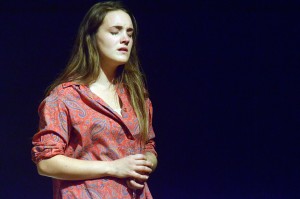 In last week’s post, we said that How I Learned to Drive would be the “talk of the town,” but we didn’t know the half of it. As Kevin Harris told the cast this week: “I’ve never seen an audience more affected by anything we’ve ever done here.”

Audiences are reacting very strongly to this show. Some have been very upset by the content and the subject matter, questioning whether we should be staging such a play. Others have taken the opposite view, thanking us for adding this Pulitzer Prize winner to our season. One season subscriber emailed us after last Saturday’s performance saying: “Thank you for staging such a worthwhile play – despite its edgy and disturbing content.  Not an easy evening – but a thought provoking evening​.”

The only thing that everyone seems to agree on is that this director and cast do an absolutely amazing job with a very difficult play. In her review of the show in today’s Tribune Ticket, Debby Nicklas says:

“Mature audiences should not shy away from the play’s tough subject. It is an intelligent and creative portrait of the darker side of humanity told with compassion and empathy.”

If you haven’t seen the show, I think you should be fully informed before you do. This show is NOT for everyone, but if it’s for you, you will love it. Personally, I agree with the author, Paula Vogel, who said in a 1998 PBS interview:   “[Theater] should be a dialogue. To me, if there are 200 people in the theater, there will be 200 plays that the audience see, each one for themselves, that night.”

If I haven’t scared you off, you can get your tickets here. How I Learned to Drive is a serious drama, featuring an amazing cast. I loved it and I hope you do too. Whether you do, or whether you don’t…let me know.

And now for something completely different! After Hours @slotheatre, our late-night comedy series, premieres this Friday night with HOLY CRAP!  Jean Moelter’s hilarious take on harrowing Halloweens, Catholic school madness, and her special relationship with Joan of Arc, will have you rolling in the aisles. Her storytelling skills have been described as “consistently sardonic, always surprising, and ultimately hilarious.” Directed by everyone’s favorite funny lady, Jill Turnbow, Holy Crap! is the perfect late night remedy for serious drama. 🙂

And there’s still time to take advantage of our early bird discount!  Buy your tickets today for any one of five performances for just $15 each!  Wait until tomorrow and the price goes up to $20. The doors and the bar open at 9 pm and the comedy starts at 9:30 pm this Friday and Saturday night. If you’re not a night owl, check out our Sunday evening show at 7 pm! 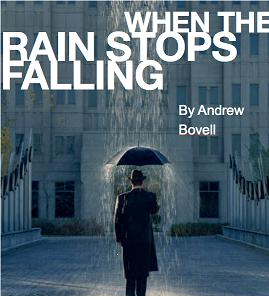 Auditions for the Ubu’s Other Shoe Staged Reading of When the Rain Stops Falling, directed by Rosh Wright, will be held on Sunday, October 11 at 4:30 pm. Check out all the details HERE and I hope to see you onstage, right here at the Little Theatre, very soon.

Have a great weekend everyone!